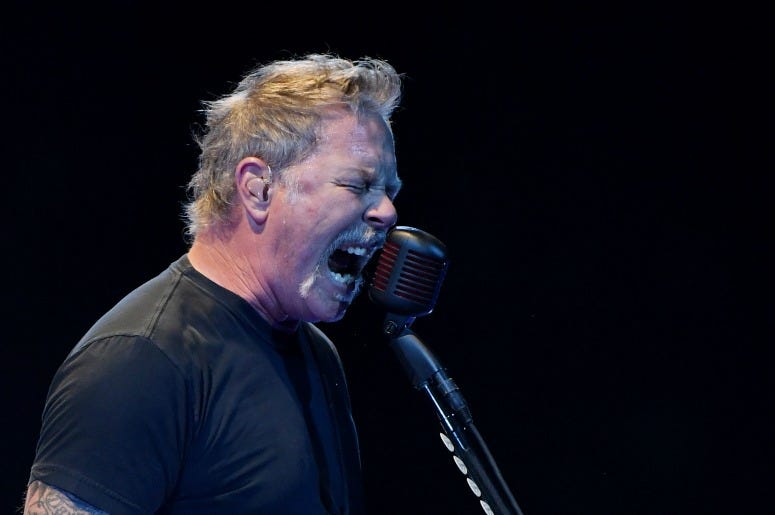 Metallica has announced that their frontman James Hetfield continues to struggle with addiction, and has decided to re-enter rehab. The move has forced the band to cancel an upcoming string of tour dates in Australia and New Zealand.

“As most of you probably know, our brother James has been struggling with addiction on and off for many years,” the band wrote in a thread of tweets on Friday night. “He has now, unfortunately, had to re-enter a treatment program to work on his recovery again.”

Hetfield’s issues with alcoholism and addiction came to light in the 2004 documentary, Some Kind Of Monster, chronicling the making of the band’s St. Anger album as Metallica attended therapy sessions to solve stress within the band. During the making of the film, Hetfield enters a rehab facility.

With a focus on the health of Hetfield the band has been forced to cancel their upcoming shows. “We fully intend to make our way to your part of the world as soon as health and schedule permit. We’ll let you know as soon as we can,” they continued. “We are devastated that we have inconvenienced so many of you, especially our most loyal fans who travel great distances to experience our shows. We appreciate your understanding and support for James and  thank you for being a part of our Metallica family.”

Even with plans to potentially reschedule, the band has announced a full refund for the dates. The WorldWired Tour from Metallica has been going since October of 2016, becoming one of the ten highest grossing tours of all time.