Two of the biggest names in music are making large donations to Australian wildfires relief efforts.

Metallica is pledging $750,000 to the NSW Rural Fire Service and the Country Fire Authority in Victoria. The band made the announcement in an Instagram post that included a picture of a lone firefighter walking towards an inferno.

“We are totally overwhelmed by the news of the wildfires sweeping through millions of acres across Australia, with major impact in New South Wales and Victoria,” Metallica said. “The resulting destruction and devastating effects on all residents, animals, the environment and the incredible land in Australia is truly heartbreaking.

Metallica is always generous through its All Within My Hands Foundation. It donated $100,000 to wildfire relief efforts in California in November and $279,000 to a Romanian children’s hospital in August.

The “Sad But True” band was forced to postpone concerts in Australia last year, but Elton John is seeing the destruction first hand right now. The Rocket Man is in the middle of a tour down under and is performing there this week. 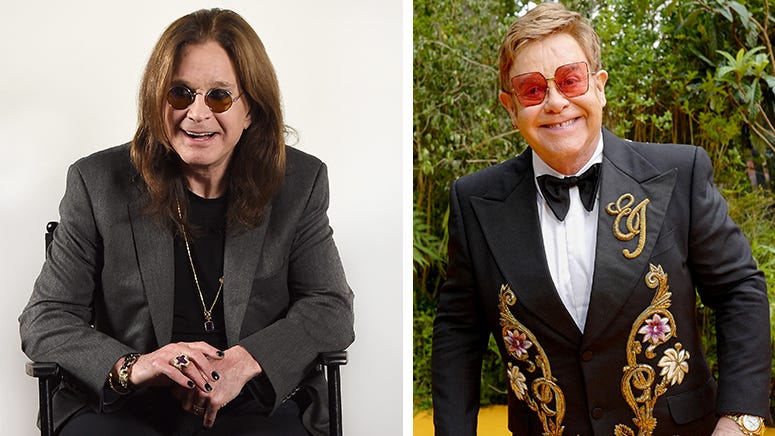 Ozzy Osbourne Is 'Doing a Song' With Elton John

During a concert in Sydney on Tuesday, Elton announced a donation of $1 million to support the Brushfire Relief Fund.

“It’s an apocalyptic absolute disaster and you should all be in awe of the work firefighters are doing,” he said during a break in the music. “There are people out there who have lost their lives trying to save homes; there are people who have lost their lives and their homes. And lastly is the plight of the animals and loss of their habitat… is on a biblical scale and heartbreaking.”

Seeing the fires raging across Australia have left me heartbroken. This tragedy has taken lives, homes and devastated so much wildlife. At my Sydney show last night, I pledged $1 million dollars to support the Bushfire Relief Fund.

Other artists who have expressed interest in helping include Vampire Weekend, Kacey Musgraves and P!nk.

Wildfires first flared up in September and have been blamed for 26 deaths and the destruction of 2,000 homes. Thunderstorms and showers are bringing some relief for the thousands of firefighters on the front lines, but there are new concerns that lightning could spark more fires.