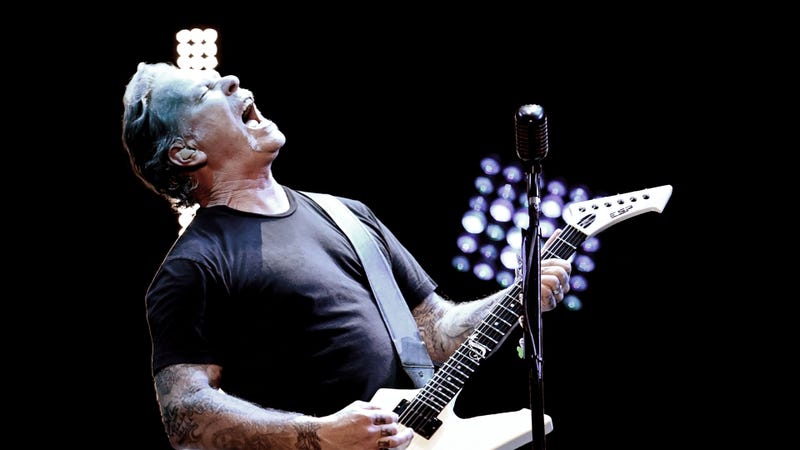 Good news 'Tallica fans! The band had plenty of time during lockdown to pen a whole bunch of new music, and singer James Hetfield gave up some scant details in a recent interview.

"Because of COVID, just sitting at home and getting a little bit antsy and just feeling creative at the same time and wanting to get together, I started doing a weekly Zoom with those guys just to check-in," Hetfield says of his Metallica bandmates, which eventually led to full-on writing sessions between them all.

Hetfield broke the news on the firearm-friendly The Fierce Life podcast, where he was on to discuss his hobbies other than rocking -- shooting and hunting.

Back to those Zoom sessions, James says, "I just told them one time, 'Hey, I'm gonna write something. I'm just gonna play something and send it to you guys. You do whatever you want with it and see what happens and layer on to it.' So that's how we did a version of 'Blackened' [for] 2020. I just basically played something — they hadn't heard it before, they played on it."

For fans hoping to hear a follow-up to 2016's Hardwired… to Self-Destruct, James said the group continued their collaboration from their separate home studios, resulting in 10 brand new tracks.

"Lars and I would get together, or Kirk and Lars, and we would get little bits of time here and there writing. It was difficult because of the delay in the sound, so we couldn't actually play together, but we would play to a click track and watch each other play," Hetfield explained of their process. "We had our producer, who was running my computer while I was playing. He was running my computer from L.A., and I'm in Vail [Colorado]. Lars had an assistant running his computer from L.A., he's up here in San Francisco, and we were playing together, and it was pretty bizarre. We started writing. We got about, I don't know, over 10 songs going that way. And then we finally got together. There's only so much you can do on Zoom."

Regarding hitting the road again post-COVID, James chose to err on the side of caution, admitting he has "no clue" about any plans being made as of yet. “It’s not up to me," he says, "it really is up to the safety of everyone.” Personally, he's got his own hesitancies regarding the vaccine, which he says stems from his Christian Science upbringing. "I'm a little skeptical of getting the vaccine," Hetfield admitted during the chat, "but it seems to be rolling out and people are getting it and I've got lots of friends that have done it — I'm not totally sure about it. But I hope it doesn't come to a point where you have to have that COVID stamp in your passport or something to go everywhere."

James added, "if it comes down to that, then I'll make a decision then. We got vaccinated to go to Africa, so it's not like I've never been vaccinated before. But as a kid, I never got vaccinations because of our religion [Christian Science]. So that was the only time I got one — when we were going on safari in Africa." 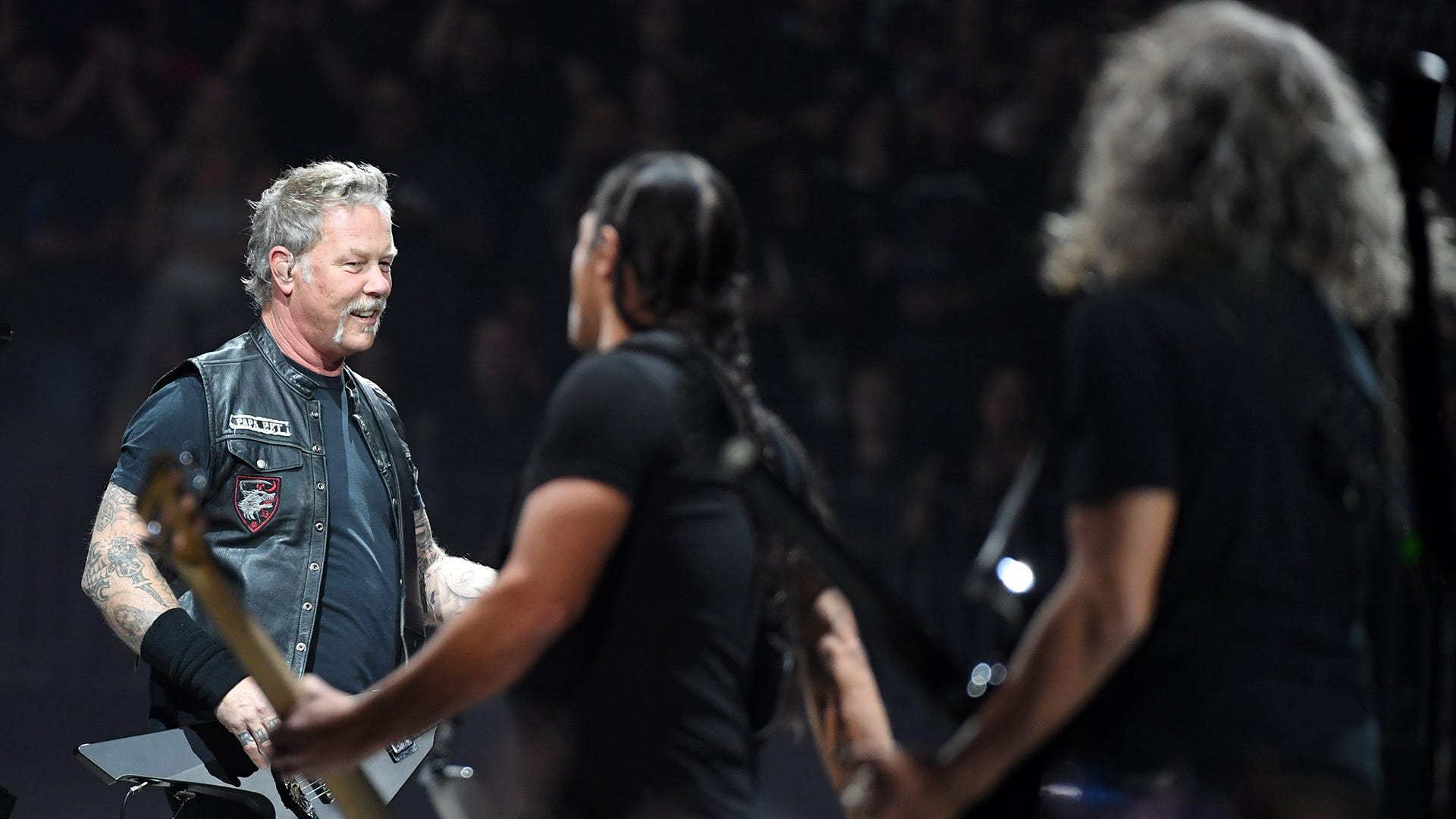 The band is currently in the midst of their 2021 Month of Giving charity initiative, in partnership for a second year with their All Within My Hands foundation, with the aim of raising money to benefit the organizations Feeding America and Direct Relief throughout the month of May. To help raise funds, Metallica will be selling a special Month of Giving t-shirt and poster, and will also auction off a commemorative black ESP LTD guitar signed by each of the four band members.