Metallica have announced their first show of 2020 -- a one night only drive-in event to be hosted at theaters across the U.S. and Canada later this month.

August 29, James, and Lars, and Kirk, and Rob will be taking over big screens with a live performance being filmed by the band's stellar production crew just for this event, along with a set from guests Three Days Grace.

In a joint statement, Metallica said about the news: “It’s been a crazy, hectic, thrilling and exciting time at Metallica HQ as the four of us have all been in the same room making music for the first time in almost a year! ‘What’s going on?’ you ask? We’re recording a concert to appear at your local drive-in theater… that’s what!"

“We’ll be the first rock band to be featured in the Encore Drive-In Nights series, with a full set screening August 29 at hundreds of drive-in and outdoor theaters across the United States and Canada. We’ve been rehearsing at HQ for a show that will be shot specially for the drive-ins at a location nearby later this week and then we’ll pass it off to our award winning production team to then be edited and mixed at the highest standards possible to be beamed into your cars from the big screen.”

We'd like to go ahead and dub the day after the event, August 30, as 'Suspension Day.' With the amount of rabid and casual fans the band has gathered over the years -- combined with the the pent-up frustrations of music fans stuck at home, and the extensive catalog they have to choose from -- it will likely go down in history as one of the best sales days for body shops and dealerships all across North America.

“In all of rock, it literally doesn’t get any bigger than Metallica,” said Walter Kinzie CEO of Encore Live, the Fort Worth, TX company that has been bringing drive-in experiences to music fans while venues are forced to close due to state-by-state health restrictions. “Over the course of their career these guys have completely redefined rock, touring and frankly what’s possible in terms of success in this industry. We’ve seen with our first two Encore Nights Drive-In concerts that fans absolutely dig the drive-in experience and we know that Metallica is going to blow the top off of this thing and take it to a whole new level.” 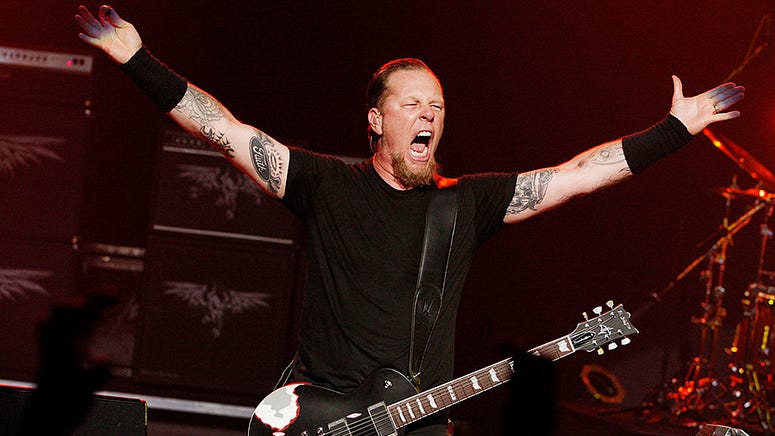 The Fans Have Spoken, and This Is the Greatest Metallica Song of All Time

Pre-sale tickets go on sale on August 12 exclusively for Metallica’s Fifth Member fan club and general on-sale will begin on August 14. Each ticket purchase will also include four digital downloads of the band's long-awaited S&M2 album.

This is the definition of a must-see. Lars has his "war wounds" back, and take a peek at the band's crippling rehearsal footage of "Creeping Death" and "Battery" below. They sound absolutely incredible.

What the hell is going on at HQ?! pic.twitter.com/B401TQ1qjS