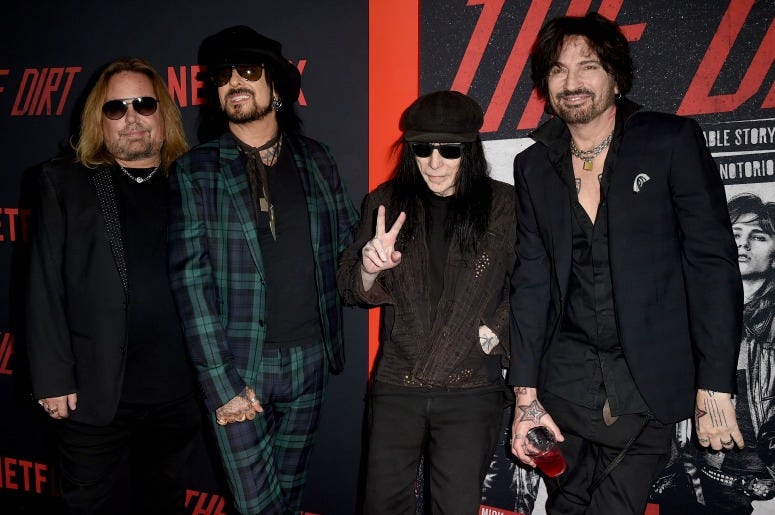 “Destruction has never been an issue for Mötley Crüe,” the voice of Machine Gun Kelly states plainly in a new video released by the band.

The clip which culminates in the literal explosion of the past, announcing the return of the world's most notorious rock band. Mötley Crüe is back after months of rumors, and are returning to the road in 2020 along with Poison and Def Leppard.

When we last left the band, they had signed a “cessation of touring” agreement, legally binding them to play their last show in 2015. “There are people in this band who will refuse to ever do it again, and you’re talking to one of them,” Nikki Sixx told Rolling Stone in 2014. “There is no amount of money that would ever make me do it again because I have such pride in how we’re ending it.”

Well. After the success of The Dirt biopic about the band drafted a new generation of fans into the fold, rather than follow the rules like some normal band, Crüe exploded the contract and anything in its general area.

No official dates or venues have been announced, but expect stadiums shows according to sources. Def Leppard played a residency in Las Vegas this summer, after playing festivals and arenas around the world.

Last month Mötley Crüe released a new lyric video for their song “Ride With the Devil.” It was one of four new tracks they recorded for The Dirt soundtrack. The album was their first top 10 release since their last studio album in 2008.