It’s official. Three hard rock heavyweights that set arenas on fire starting in the 80s are joining forces for one of the biggest tours of 2020.

Mötley Crüe, Def Leppard and Poison gathered for a joint news conference this afternoon in Hollywood to announce the details. The stadium tour, which will also feature Joan Jett as an opener, will begin on June 21st in San Antonio and end on September 5th in Inglewood, CA at the new SoFi Stadium.

All three bands feature their complete traditional line-ups, including Mötley Crüe, who helped kickstart the whole tour by blowing up their much talked about cessation of touring agreement.

“It feels great,” frontman Vince Neil said today. “We haven’t seen each other since (“The Dirt”) premiere and it’s just good to be back in the room with the guys and talk and joking around and getting that brotherhood back.”

Poison frontman Bret Michaels said fans can expect what they know and love from all three bands when they hit the stage next summer.

“To be out there and not only have a great time playing the hits, having a party, engaging with the fans - and there’s three generations of amazing fans coming to see this stadium tour,” he said. 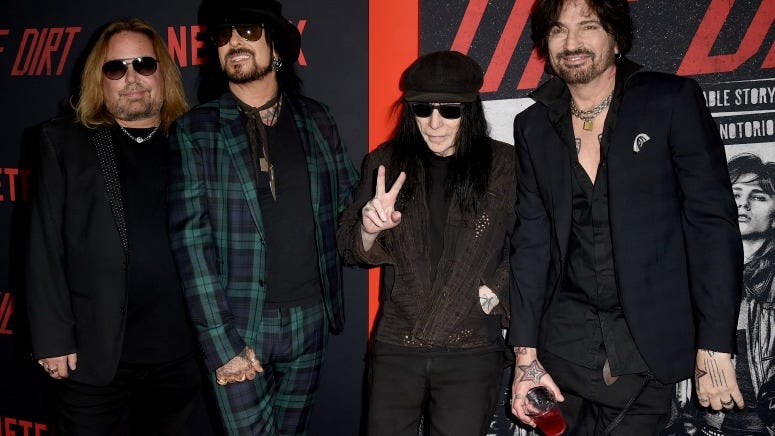