At the risk of sounding like a broken record, this has been a helluva year. We can all agree. With the pandemic and social justice reforms gripping the world at large, murder hornets, flooding, wildfires, political battles... it's enough to make your head spin.

Billboard, apparently looking to keep the confusion going, recently announced the 2020 list of nominees for this year's awards ceremony. Aside from putting Kanye West up against Kanye West x4 in the Top Gospel category, another confounding collision is the fight over the Top Soundtrack category.

Debauched rockers Mötley Crüe are going up against a coterie of Disney flicks for the top honor. In addition to the Crüe's 2019 soundtrack The Dirt, which features old gems and new recordings, the soundtracks for Disney's 2019 version of Aladdin, Descendants 3, and Frozen II are nominated, as well as Melanie Martinez's soundtrack for the musical horror film K-12. 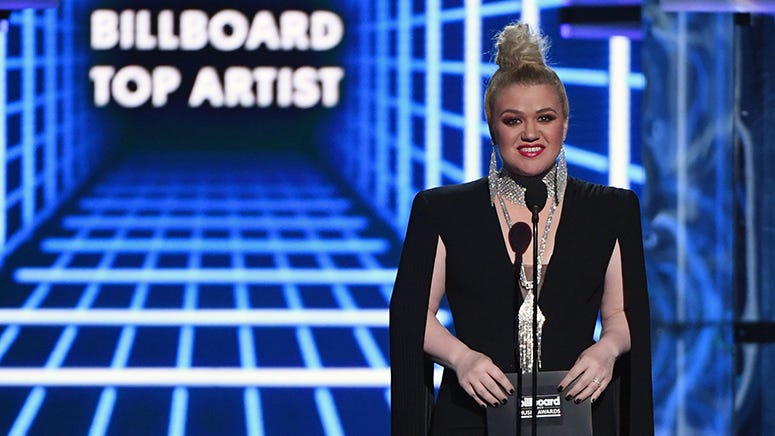 Why is this so odd? Well, when you look at some of the new songs and album titles from the band over the years, they don't exactly read like a list of kiddie-friendly offerings: "The Dirt," "Ride With the Devil," and "Crash and Burn" are a sampling of the new tracks, while songs from their albums Too Fast for Love, Shout at the Devil, Theatre of Pain, Girls, Girls, Girls and Dr. Feelgood also appear.

In comparison, some of the songs on the other contenders' soundtracks are, "Strawberry Shortcake," "Lunchbox Friends," "Reindeer(s) Are Better Than People," "Friend Like Me," "Whole New World," "One Kiss," and "My Once Upon a Time."

After being forced to postpone the show earlier this year due to COVID-19 restrictions, the 2020 Billboard Music Awards will be hosted once again by Kelly Clarkson, and is going down live on October 14 at 8PM ET on NBC.