The Osbournes, Ozzy, Sharon and Jack are returning to your TV this summer with a new paranormal investigation show on The Travel Channel. Where’s Kelly? Probably not a Bigfoot believer (we can’t all be)!

On August 2, The Osbournes Want to Believe will debut its first episode of an eight part series as son Jack attempts to turn his skeptic mom and dad into full-on Fox Mulders.

According to the show’s description, Ozzy and Sharon will pore over Jack's supernatural-themed videos and give their thoughts and "outrageously funny reactions" on whether they think their son is either looney, stretching, or actually onto something. The series premiere will also include Sharon’s love of the classic TV show Harry & The Hendersons (which was about a Sasquatch living with a suburban family), as well as Ozzy’s “historical digressions on Greeks, Romans and the berserkers and a copious amount of swearing."

“My parents have always lived on the edge, even when it comes to believing in the supernatural,” Jack says. “I’m convinced they just haven’t seen enough evidence, so I’m making them watch the most undeniable footage caught on camera, including a few from my own personal experiences. My biggest challenge may be keeping their comments family friendly. It will be a classic Osbourne gathering!” 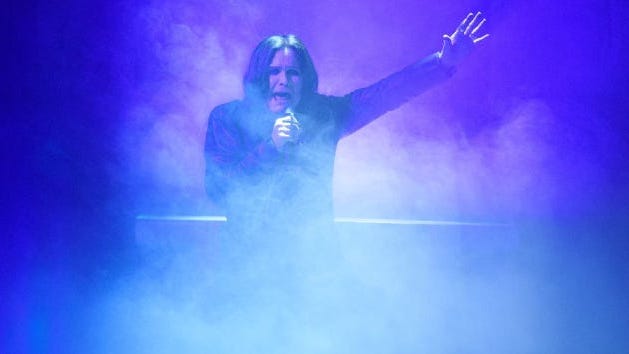 In the meantime, Ozzy is now running for President of the United States (not really, but he does have some great merch available) and he has been updating fans on his health, music, and touring following his Parkinson's announcement and the emergence of the current health crisis.