On the cusp of a couple big months for Ozzy Osbourne, the singer has revealed details about his health, including a diagnosis of Parkinson’s disease. After several setbacks last year and cancelled tour dates, the Prince of Darkness admits it was one of his worst spans of his life, but he has a lot to look forward to.

“It was the worst, longest, most painful, miserable year of my life," Ozzy shared with Robin Roberts on Good Morning America, talking about the fall in his home that dislodged metal rods in his body and forced him into surgery.

"It's been terribly challenging for us all," Osbourne added. "I did my last show New Year's Eve at The Forum. Then I had a bad fall. I had to have surgery on my neck, which screwed all my nerves."

But the fall was just half the story for Ozzy’s health, revealing for the first time that he has been diagnosed with Parkinson’s disease. Sitting alongside his family, Osbourne shared some of the details of his struggle. 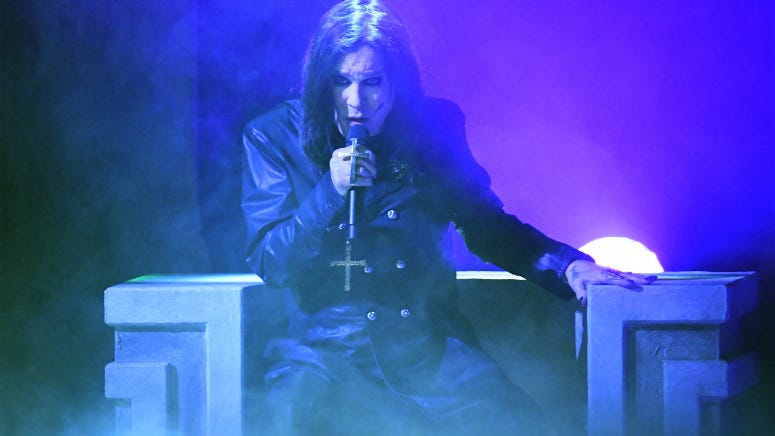 "I got a numbness down this arm for the surgery, my legs keep going cold," he explained. "I don't know if that's the Parkinson's or what, you know, but that's the problem. Because they cut nerves when they did the surgery. I'd never heard of nerve pain, and it's a weird feeling."

Sharon Osbourne admits that’s it’s been tough for the family, but they are battling through it together. "There's so many different types of Parkinson's,” Sharon says. “It's not a death sentence by any stretch of the imagination, but it does affect certain nerves in your body. And it's like you have a good day, a good day, and then a really bad day."

.@ABC NEWS EXCLUSIVE: “The hardest thing is watching someone you love suffer.” Rock legend @OzzyOsbourne’s kids @JackOsbourne and @KellyOsbourne open up about their family’s new normal after their father’s Parkinson's diagnosis. https://t.co/tYd0K3rQet pic.twitter.com/8ayAFwOi9M

"I'm no good with secrets,” Ozzy tells Good Morning America. “I cannot walk around with it anymore 'cause it's like I'm running out of excuses, you know?"

“I'm a lot better now than I was last February. I was in a shocking state."

Osbourne is currently undergoing treatment and taking medication for the disease, even seeking doctor’s advice outside of the US. In April they plan to see a doctor in Switzerland who specializes in this and boosting your immune system.

On February 21, Ozzy Osbourne will release Ordinary Man, his first album in 10 years. Sharon Osbourne says it’s just the beginning for the icon, with hopes of touring again soon. "He's gonna get back out there," she says. "And he's gonna do what he loves to do; I know it."

Ozzy’s health will be explored further in The Nine Lives of Ozzy Osbourne, premiering at South By Southwest in March and debuting on A&E this summer.