As demonstrators meet head-on the issues and inconsistencies of social justice across the globe, "reform" is the battle cry and change can now be seen taking shape in city squares and on capitol steps.

In the states alone, statues of Christopher Columbus have been beheaded in Boston and toppled in Minnesota, and the display of Confederate President Jefferson Davis in the city of Richmond, Virginia has certainly seen better days.

But the “scumdogs” of the state of Virginia want to take things a few fake-blood-soaked steps further. A new petition hosted on Change.org is calling for a statue of Confederate General Robert E. Lee in Richmond to be replaced with one of late GWAR frontman(?) Oderus Urungus.

The petition states: "Robert E. Lee is a failed war general that supported a racist cause. For too long, the city of Richmond has been displaying statues of him and other loser civil war veterans.

"We the scumdogs of the universe call on the city of Richmond to erect a statue of great local leader Oderus Urungus in its place. While Oderus comes from the planet Scumdogia, he called Richmond his home, working with the local art community and employing local artists and ladies of the night."

The initial goal of 500 signatures has been passed and is now steadily climbing past 19,000. The organizer also asks those who sign to donate to the Richmond COVID-19 Arts and Culture Relief Fund. 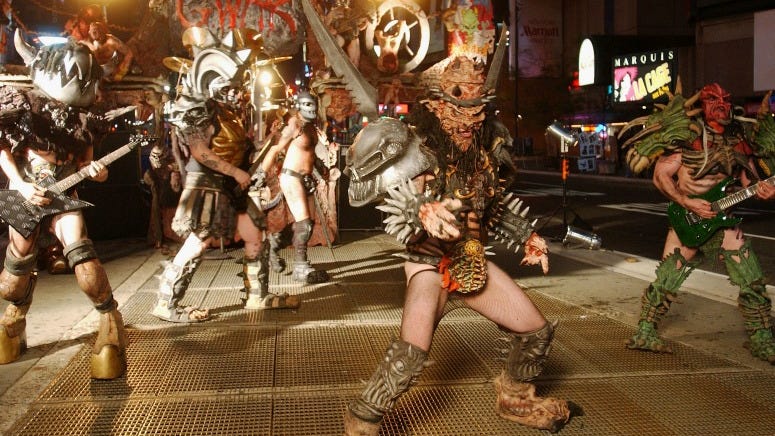 Even GWAR Is Social Distancing, but the Band Still Wants to Kill You

The late Canadian-American musician Dave Brockie (Oderous Urungus) is best known as lead vocalist and leader of the band from it's inception in the mid-eighties until his death in 2014.

Fans of the band can rest easy after signing the petition, with news of a brand new live stream launching from their Antarctic base this Sunday, June 14th, at 9PM ET on their YouTube channel.