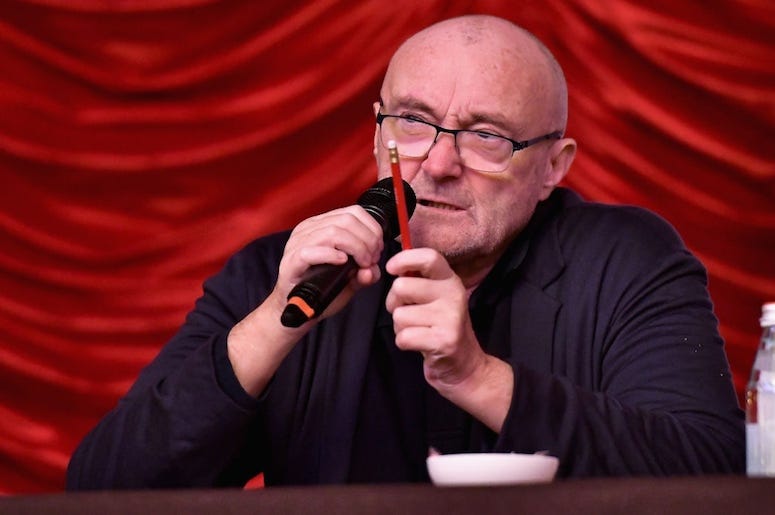 It’s been an eventful month for Phil Collins.

First came the news that he wanted to kick his ex-wife out of his Miami home after finding out she remarried and moved in with her new husband. Then came the cease and desist order sent to the Trump administration after they used his hit single “In the Air Tonight” at a campaign rally. Just a few days later news came down that his ex-wife has refused to leave his Miami home and has hired armed security guards to roam the property.

Now, TMZ has obtained a copy of the cease and desist order Collins and his legal team sent to the Trump campaign.

Collins’ attorney David Steinberg notes they first sent the Trump campaign a cease and desist letter over the use of “In the Air Tonight” on June 24, 2020. Steinberg notes that his team did not receive a response to the initial letter.

Steinberg points out that the Trump campaign has continued its use of “In the Air Tonight” at a recent rally in Iowa. “That use was not only wholly unauthorized but, as various press articles have commented, particularly inappropriate since it was apparently intended as a satirical reference to Covid-19,” the letter states.

“That reference was made at a time when Iowa was suffering from an acceleration of Covid-19 infection. Mr. Collins does not condone the apparent trivialization of Covid-19.”