Imagine rolling down the highway surrounded by five TVs, a fireplace and a luxurious kitchen and bathroom. That’s the way Bret Michaels likes to live when he’s on the road, and his tour bus can be yours for $170,000.

The Poison frontman is upgrading his ride in advance of this summer’s huge stadium tour with Mötley Crüe, Def Leppard and Joan Jett, so he’s putting his 2014 Entegra Aspire on the market. The odometer reads 111,165 miles after carrying Michaels across the U.S. and Canada for the last half decade.

The lucky buyer will also receive two tickets from Michael’s personal guest list to the stadium show of their choice as well as a meet and greet photo opportunity with him.

Michaels’ social media accounts indicate he’s been keeping busy and doing OK since last month’s announcement that he was undergoing skin cancer surgery. The 56-year-old said the problem was discovered after a recent biopsy, and he was confident he would be ready for the tour.

“I’m in the hands of incredible specialists who are both positive for great outcomes,” Michaels said. “It may slow me down a bit at the beginning of the year, but if God willing I promise this year will be awesome. Just a few less solo shows and special events until I get this all squared up.” 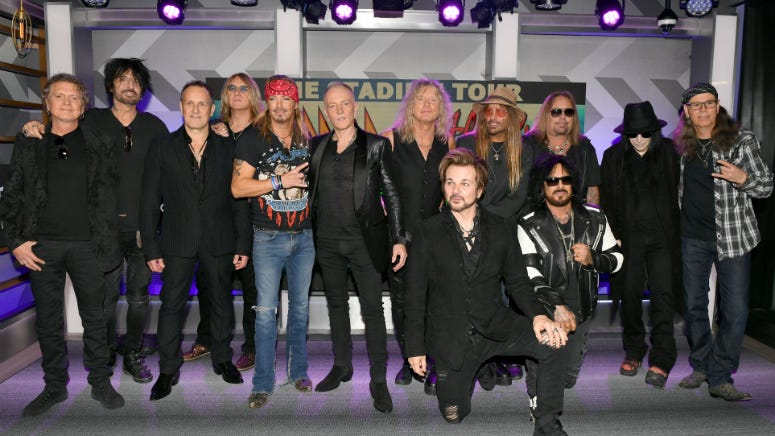 Our Dream Setlists for the Motley Crue, Def Leppard and Poison Stadium Tour

The stadium tour kicks off June 18th in Jacksonville, FL and runs through September 5th in Inglewood, CA. More dates haven’t been ruled out and Michaels says he’s ready to have a good time.

“To be out there and not only have a great time playing the hits, having a party, engaging with the fans - and there’s three generations of amazing fans coming to see this stadium tour,” he said during the announcement.