Four more of the biggest bands of the ‘80s and beyond will be represented on the newly-announced The Big Rock Summer Tour.

Ratt, Skid Row, Slaughter and Cinderella’s Tom Keifer will hit the road June 3rd in Farmingville, NY. The trek will crisscross the country until ending up in Los Angeles on September 19th. Tickets go on sale March 13th and you can get more information here.

“This is more than an incredible summer tour with four killer bands and three decades of hits,” said Skid Row bassist Rachel Bolan. “It’s a traveling rock and roll circus with friends we’ve known for more than 30 years.” 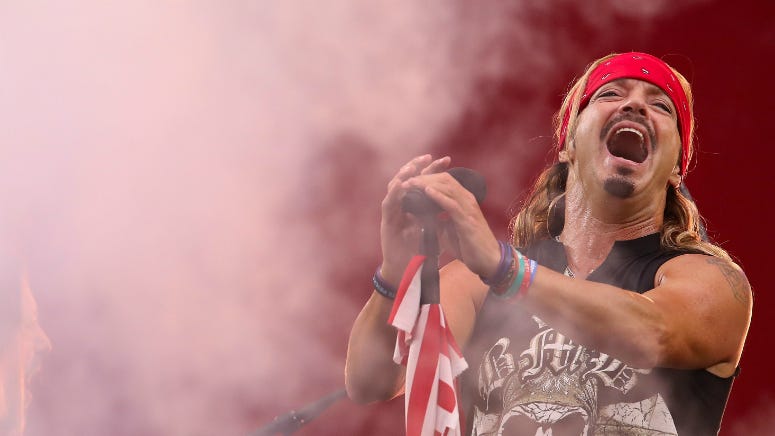 9 Forgotten Hair Metal Songs That Deserve to Be Remembered

The four bands have combined to sell an estimated 60 million albums during their hit-laden careers. Ratt contributed songs like “Round and Round” and “Lay It Down.” Skid Row ruled the charts with “18 and Life” and “I Remember You.” Slaughter is best known for “Up All Night” and “Fly to the Angels.” And Keifer’s Cinderella slayed with “Nobody’s Fool” and “Coming Home.”

“We are celebrating 30 years of kick-ass rock … and promise to bring a 100% live, loud, leave it all on the stage, #keiferband style rock show in every city," Keifer said.

There do not appear to be any reunion announcements coming with the tour. Ratt’s only remaining original members are singer Stephen Pearcy and bassist Juan Croucier, and Skid Row and original vocalist Sebastian Bach have been at odds for years. Slaughter’s current line-up features all three surviving original members: Mark Slaughter, Dana Strum and Blas Elias.

“Unleash three decades of killer music and let the soundtrack of the summertime begin,” Slaughter said. “We’re looking forward to lighting up the stage with all the bands and you rock and roll maniacs! Get loud! Get crazy! And get ready for the big rock summer tour! It’s gonna be one wild ride.”

The Big Rock Summer Tour announcement comes after the early success of The Stadium Tour featuring the heaviest hitters from the genre: Mötley Crüe, Def Leppard, Poison and Joan Jett. As of last month, the tour had already grossed $135 million on the strength of more than a million tickets sold.