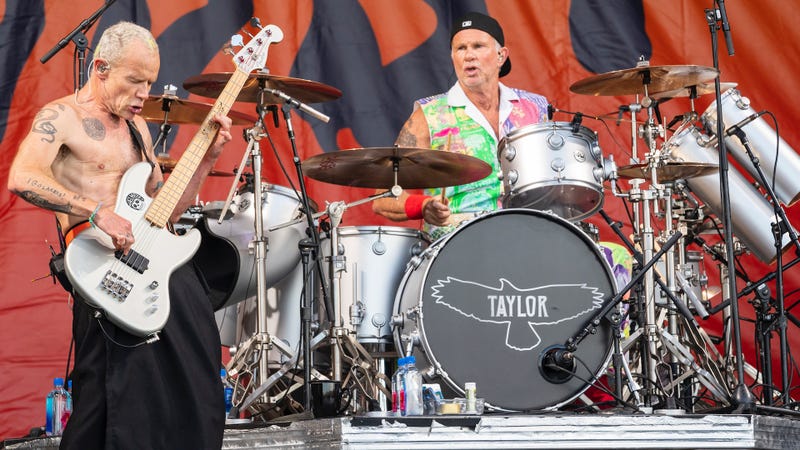 The Red Hot Chili Peppers used their headlining set at New Orleans Jazz Fest as an opportunity to pay tribute to the late Taylor Hawkins.

Foo Fighters opted to cancel all of their tour dates following Hawkins’ death, which originally included a set at Jazz Fest. The Chili Peppers subbed in and decided to acknowledge both Hawkins and the Foo Fighters.

At the end of their set, drummer Chad Smith took the mic and addressed the crowd. “We just found out about this two weeks ago, because Foo Fighters were supposed to play here tonight,” he said. “We love Foo Fighters, and we love our brother Taylor Hawkins. This means a lot to us to be able to play for them.”

Smith’s drum kit also paid tribute to Hawkins as his bass drum featured an outline of a hawk with “Taylor” written in the middle. According to Nola.com, Hawkins’ wife Alison and members of the Foo Fighters, including Dave Grohl were in attendance and watched the show. Smith closed out his speech by encouraging the crowd to cheer “We love you, Taylor!” Check out video from the event here.

The Jazz Fest gig served as a warm up for the Chili Peppers’ massive summer tour they have scheduled. The 19-date North American tour will kick off on July 23 in Denver and is scheduled to wrap up on September 18 in Arlington, Texas.

The band will be bringing along several of their high-profile friends at various stops along the way as support acts include Beck, St. Vincent, The Strokes, HAIM, Thundercat, and King Princess.

Tickets for the tour are on sale now. You can see the full tour itinerary and purchase tickets here.