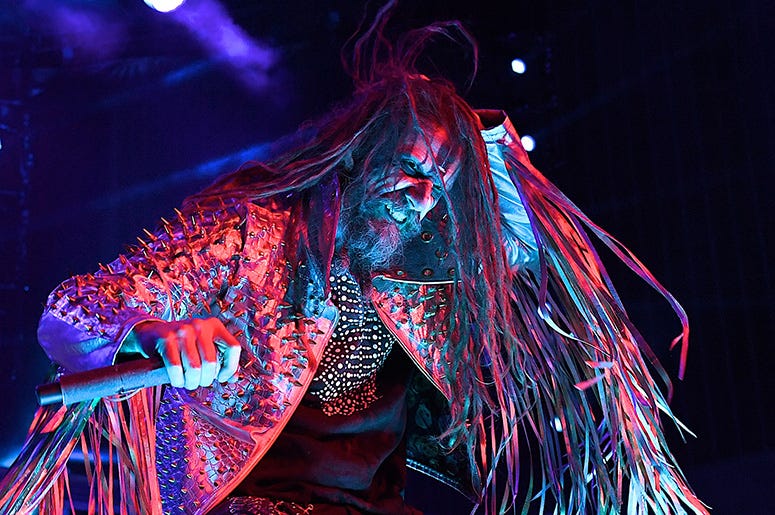 Someone behind your favorite game show's clues is excited to rock in the new year...

Musician, director, and living dead guy Rob Zombie, who just turned 56-years-old on Tuesday (January 12), got a birthday shout-out from an unlikely source this week -- Jeopardy!

Within the category "Insane Clown Posse," which revolved around famous clowns from horror flicks and television (not one of the staff writers' Juggalo obsession) the clue provided was "Hooray for Captain Spaulding, the murderous clown in 'House of 1000 Corpses,' directed by this White Zombie frontman."

"Hey, @jeopardy gave me a birthday shout out last night," Rob shared in an Instagram post. "Amazing! Pretty f***ing rad. The movie that was supposed to be the end of my career just keeps on truckin'."

Rockers AC/DC also got a mention on the show, hosted by past champion Ken Jennings following the passing and final broadcasts of beloved host Alex Trebex. In the category "Weather Forecast Inside," for $400 the clue provided was, "An AC/DC tune or a word meaning flabbergasted; You’ve been …!"

"What is ‘Thunderstruck’?," was the correct reply.

As for Mr. Zombie, he's getting ready to release his upcoming album, The Lunar Injection Kool Aid Eclipse Conspiracy, on March 12th.

WATCH MORE: How Movies + TV Shows Are Being Shot During the Pandemic