Drummers from across the rock spectrum will gather this weekend to honor the life and chops of one of the most respected and copied percussionists of all time -- Rush's Neil Peart.

Taylor Hawkins of Foo Fighters and Chad Smith of Red Hot Chili Peppers are just two big names among a veritable who’s-who list of epic drummers taking part in the tribute, which is part of the 2020 Modern Drummer Festival taking place in Los Angeles, CA on September 12. Also included in the performers list are Def Leppard's Rick Allen, Anthrax's Charlie Benante, The Police's Stewart Copeland, and many, many more. Scroll down for the full list.

Peart had retired from his drumming duties with Rush in 2015 and passed away in January of 2020 at the age of 67 from a brain tumor after quietly battling cancer for years. At the time of his passing, many musicians from around the globe were devastated by the news and shared their touching tributes. 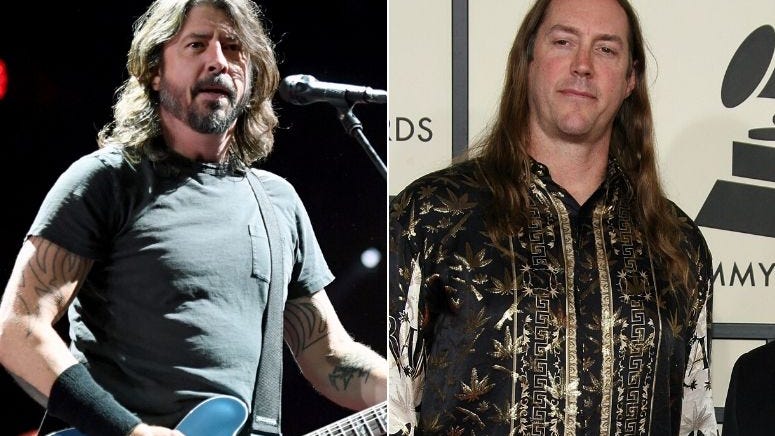 Here is the full battery of drummers taking part, and the bands they are known for performing in:

Fans can purchase tickets to watch the performances on September 12 @ 8PM ET / 5 PM PT with the option to rewatch the event until December 11, 2020. Proceeds will benefit brain tumor research at L.A.'s Cedar-Sinai Medical Center.