During a segment on “The Talk,” the do-everything woman shared her vision for the new year and included a longtime goal of working on an Ozzy Osbourne biopic.

"I want to produce a movie on my husband,” she said after also outlying plans to search for their dream home.

It’s not known if her thinking has changed, but in the past Sharon has envisioned a movie that also focused on her and wasn’t your usual rock and roll tale.

“I don’t want to do another rock and roll, sex, drugs and money movie about a musician,” she told Variety a year ago. “That’s not what I’m doing. There hasn’t been a movie about a woman that actually works on the management side — that’s a true story — and somebody that succeeds through the struggle and you come out the other side.” 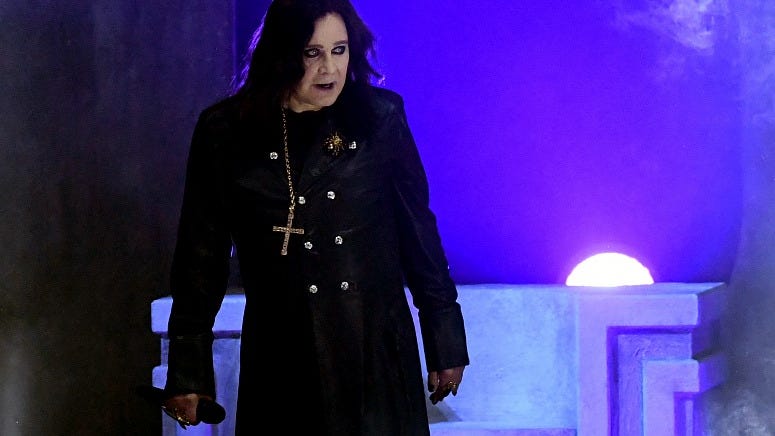 Chaos Erupts Around Ozzy Osbourne in 'Straight to Hell' Video

Ozzy and Sharon’s wild ride shows no signs of slowing down. While 2019 was a wash as Ozzy recovered from a series of health issues, it’s full speed ahead for 2020. His first solo album in a decade, Ordinary Man, arrives on February 21st. And his No More Tours 2 ramps back up on May 27th in Atlanta.