Talk of new Guns N’ Roses music has been simmering for at least a year, but there hasn’t been any concrete information about a potential new album - perhaps because the band itself isn’t sure about what’s next.

The latest update comes from Slash in a new interview with Guitar.com. The good news is the guitar great says the band has absolutely been in the studio, but the bad news is there doesn’t seem to be an end game. 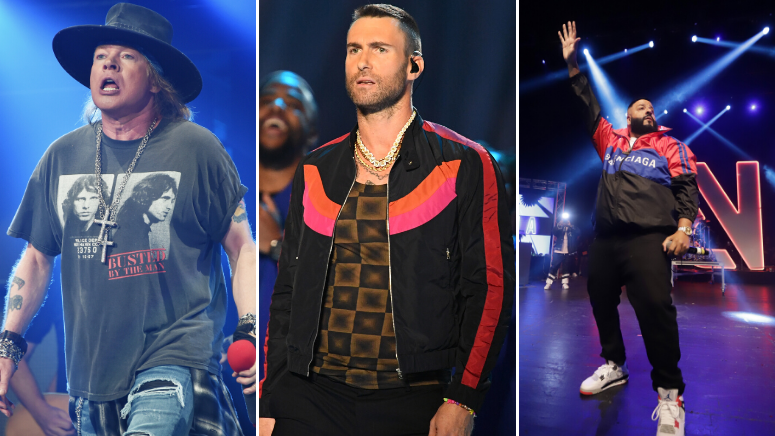 “There’s been no definitive answer on anything and I’ll just keep it to that,” he said.
“Stuff is happening, but there are no specifics. More than anything, it’s because of the nature of the industry right now. It’s just like ‘how do you want to do this?’ I mean there’s material and there’s recording and there’s s*** going on, but we’re not really sure what we’re doing with it right now.”

Core Guns N’ Roses members Slash, Axl Rose and Duff McKagan reunited for the Not In This Lifetime tour in 2016 and it’s not over yet. But there hasn’t been an album of all new, original music with those members since the Use Your Illusion albums in 1991. And that’s part of what’s holding the band back now.

“There’s a handful people who said, ’Yeah, make a record and go old school.’ And there’s a handful of people that are like, ’We don’t even know what buying a record is anymore!’” Slash said.

There’s no doubt the interest is there for new Guns N’ Roses music. The band recently became the first to own a video from the 80s that achieved a billion views on YouTube. And the Not In This Lifetime tour has grossed $584.2 million so far, which makes it the third-highest grossing tour in history.