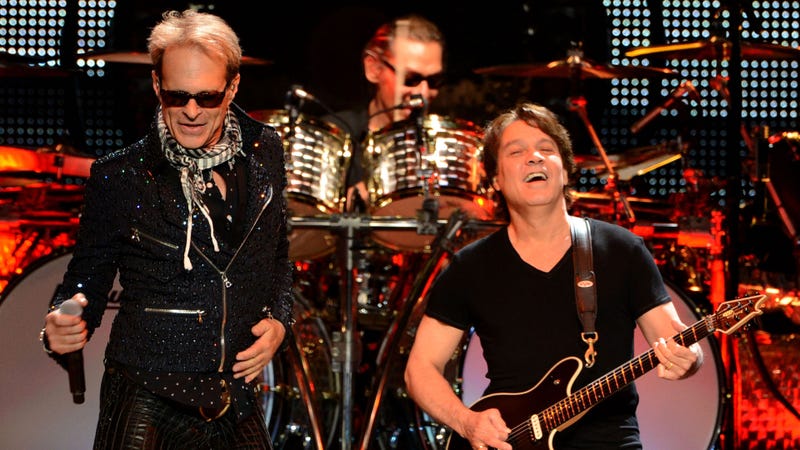 Grab some tissues, the waterworks are about to flow.

An over one and a half hour long compilation of footage and outtakes from the filming of Van Halen’s “Jump” and “Panama” videos has been released and it’s something every Van Halen fan has to watch.

The video features so many gems from the band’s golden days including David Lee Roth cruising around on a motorcycle, the group engaged in a high-stakes cards game with groupies while on a yacht, Eddie Van Halen enthusiastically jamming on a double-neck guitar, and more.

Apparently, the wealth of footage the band recorded for their “Jump” video allowed them to repurpose it for use on their “Panama” video.

It’s apparent how much fun the band was having with one another throughout the entirety of the compilation and makes us miss Eddie Van Halen that much more. Most of the filming was done in Los Angeles, but some filming took place while Van Halen was in Rhode Island for shows at the Providence Civic Center.

While the GRAMMYs wanted to pay tribute to his father, Wolfgang explained why he declined. “I don’t think anyone could have lived up to what my father did for music but himself," he said at the time.

“What hurt the most was that he wasn’t even mentioned when they talked about artists we lost in the beginning of the show. I know rock isn’t the most popular genre right now, (and the academy does seem a bit out of touch) but I think it’s impossible to ignore the legacy my father left on the instrument, the world of rock, and music in general. There will never be another innovator like him."