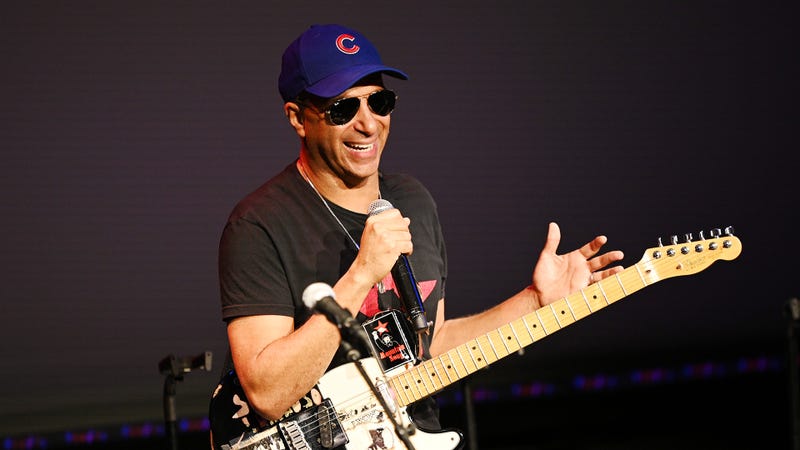 Rage Against The Machine guitarist and activist Tom Morello is getting set to release his brand new record this fall, and has offered up the first taste of what fans can expect.

Morello has recruited, among a list of other collaborators for this release, Bruce Springsteen and Eddie Vedder for an awesome cover of AC/DC’s classic "Highway to Hell."

“Our version of ‘Highway to Hell’ pays homage to AC/DC but with Bruce Springsteen and Eddie Vedder, brings this legendary song into the future,” Morello said in a statement upon the single's release. “One of the greatest rock & roll songs of all time sung by two of the greatest rock & roll singers of all time. And then I drop a shredding guitar solo. Thank you and good night.”

“During lockdown, I had no access to an engineer so I had to record all of the guitar parts on the voice memo of my phone. This seemed like an outrageous idea but it led to a freedom in creativity in that I could not overthink any of the guitar parts and just had to trust my instincts,” Morello says of the full new offering. “This record was a life raft in a difficult time that allowed me to find new ways of creating new global artistic connections that helped transform a time of fear and anxiety into one of musical expression and rocking jams.”

Recorded over the course of the pandemic, The Atlas Underground Fire features not only 'The Boss' and Vedder, but Chris Stapleton, Damian Marley, Bring Me the Horizon, Phantogram, Mike Posner, phem, and more also make appearances.

Tom Morello's new album The Atlas Underground Fire will be on shelves and streaming services on October 15.