Listen to Audacy's Album Release Party with The Lumineers powered by GrubHub
By Joe Cingrana, Audacy
Updated on

Korn frontman Jonathan Davis joins Audacy for a special Check In today to discuss the band's brand new album, Requiem, arriving in February of 2022, and their just-released single, "Start The Healing."

Requiem, the California-based band’s 14th studio album featuring nine new tracks, is scheduled to hit shelves and streaming services on February 4, 2022, via Loma Vista Recordings. Check out everything we know so far about the new album.

Jonathan kicked off his chat with Audacy’s Carlota looking back on his bout with COVID, which took him off the road for a number of dates in the Summer of 2021. “It was rough. I got sick -- ten days, tested negative on the eleventh day, and the next day I was playing a show,” he explains.

“Well, I sat in a chair and it sucked, but I couldn’t cancel,” Jonathan adds. “Kids have been waiting so long and I could see how happy they were. I was just like, ‘I’m just gonna do it.’ And I did!” 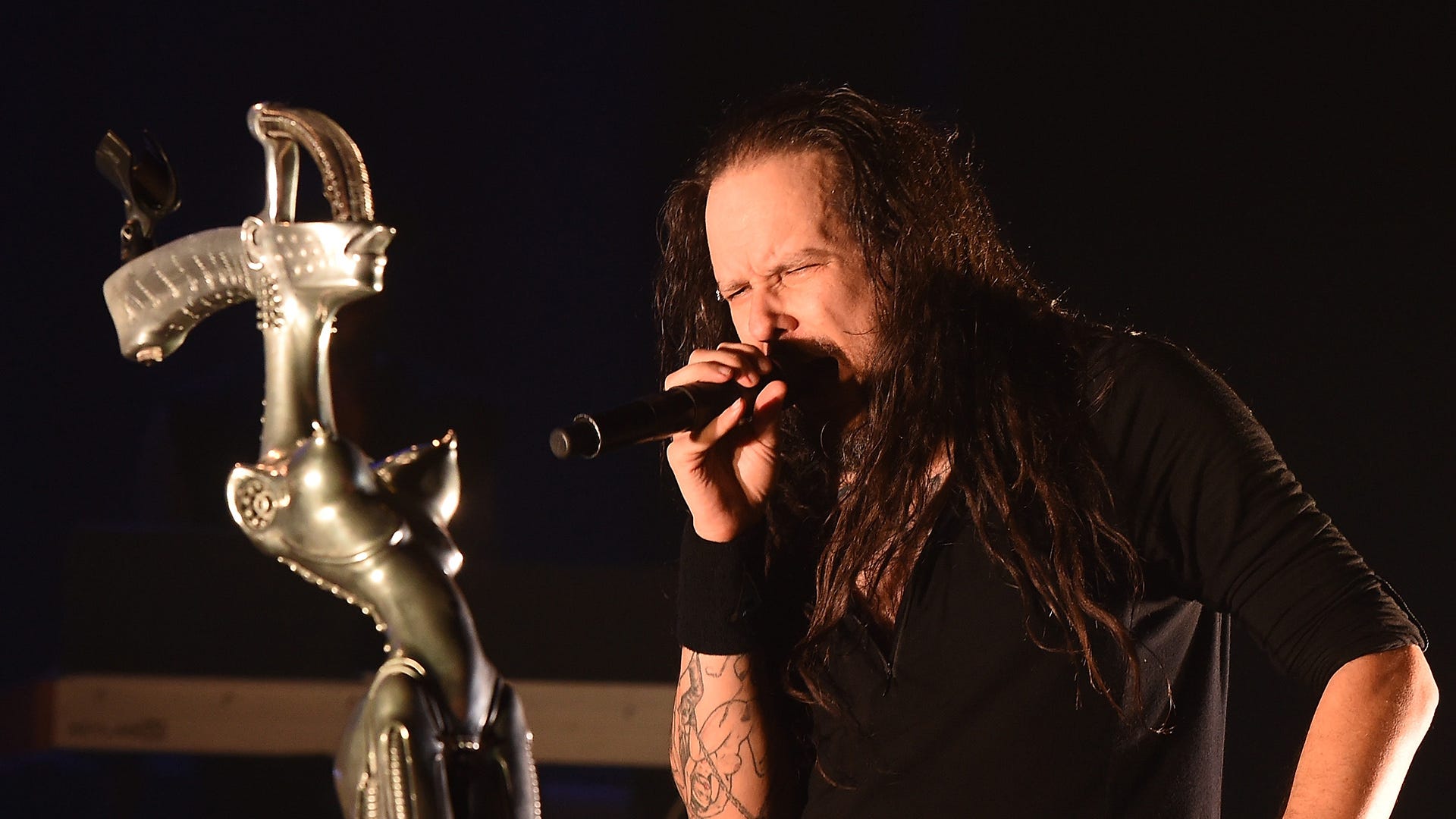 Korn's Jonathan Davis performing seated due to COVID side effects: 'I f***ing refuse to f***ing cancel'

Korn has already given fans a taste of what’s to come with their upcoming record’s first single "Start The Healing," which arrived last week along with a new, mind-bending music video. Fans will notice a departure from their previous work, taking their time during the pandemic to experiment and fine-tune their sound this time around. “It’s different,” Davis admits, “but since it’s a band we’re always constantly evolving. There’s still that core sound there, but this time we did this we had the luxury, we were on a forced time-out. We had all the time in the world. Every single Korn record I’ve ever done, the band gets all the time in the world to get their stuff done and the way I write and do my thing, I have to have the music all done and then I can do whatever I do.”

Continuing, Jonathan says with a smirk, “they always book some tour and it’s coming up, and I’m always hurrying to rush to try and get it done. This time we had time, we came together to do it in week blocks, writing, and then be off once a month – I think we did three or four sessions. Then I had like three or four months to do vocals. Overall, we’re really, really proud of it… it was one of the best album experiences I’ve had.”

Focusing in on his vocals, “there’s a lot of stuff going on in there,” Davis says of the new single. “I spent a lot of time layering vocals, using different microphones, and doing all kinds of stuff that takes time and patience that most singers and producers don’t want to do because it just sucks, but I’m at a point in my life where I have the freedom and the ability and the means to really do what I want, and take the time to really present something in a way that’s artistic and that I love. That track has 18 or 20 different vocal lines going on, but the way it’s layered, it’s really cool.”

As far as the music video, directed by Tim Saccenti, Jonathan says he loves the visuals that Tim presented as a “rebirth of Korn,” but admits that the band has always left videos to directors. “That’s what they do, we make music. So it’s how they interpret the song and present it, and we go, ‘yeah that would be cool, do it.’”

“It’s a different vibe for us, this whole thing is like a new chapter in our career,” he says. “I’m just happy after 27 years we’re still making records and putting out stuff that we’re really proud of and that people like. It’s rare these days.” 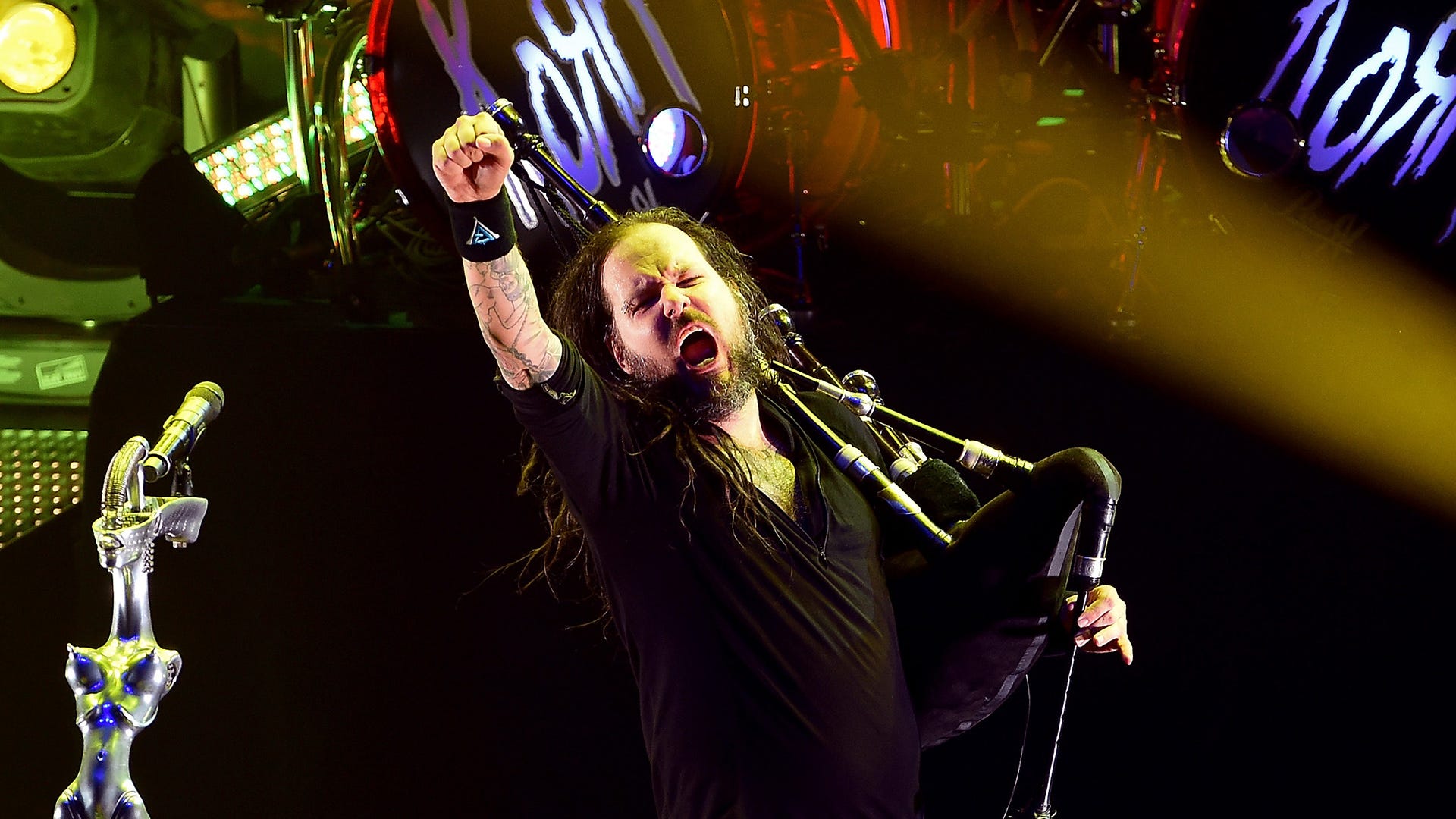 Everything we know about Korn's new album, 'Requiem'

Davis also explained how he had kept himself holed up in his house at the onset of COVID, worried about the effect the virus could have on his system. But that, in turn, allowed him to see his family more and eventually deal with difficult things in his life in a more positive light.

With time “to sit, and think, and ponder things” over the course of the pandemic, Jonathan says he has been given a chance to start making himself feel better, to “not be a victim anymore, because everybody knows my life has been pretty tragic... but I think all of us are responsible for our own happiness.”

Korn’s new album, Requiem, will be available on February 4, 2022 – with a tour sure to follow. Watch our full Audacy Check In with Jonathan Davis above, and stay tuned for even more conversations with your favorite artists on Audacy.com/Live.