Pearl Jam fans around the world have mobilized for a scavenger hunt – one that appears to be part of an elaborate album announcement campaign.

The band capped a series of cryptic social media posts with a call to action. It features a map with locations marked on it and the caption: “Look for Pearl Jam in cities around the world.”

Look for Pearl Jam in cities around the world... https://t.co/uDIWRrKT1y pic.twitter.com/qEB9yLhWd2

Pearl Jam’s website includes coordinates that lead fans to large billboards in 11 cities, including New York, Mexico City and Toronto. The billboards feature the band’s name stylized as a heart monitor pulse and the word “Gigaton.” Once at a billboard location, fans can view the artwork through a special Instagram filter.

A gigaton is the measurement for the melting of polar ice caps, which seems to indicate that Pearl Jam – never one to shy away from social commentary - has something to say about climate change this time around.

A new album would be Pearl Jam’s 11th and first since 2013’s Lightning Bolt.
Bassist Jeff Ament was talking about new music as far back as last January.

“We’ve gone in probably four or five times in the last couple of years, so we have a whole ton of unfinished stuff,” Ament said. “We’re just sort of in a little bit of limbo. I’m sure everybody’s got a bunch more riffs, and I’m sure Ed’s got a handful of journal lyrics. It’s just going to take us all getting into a room together for six weeks and just knocking something out.”

Pearl Jam has already announced some European tour dates – their first time on the road since 2018. But no North American dates are on the schedule for 2020 as of now. 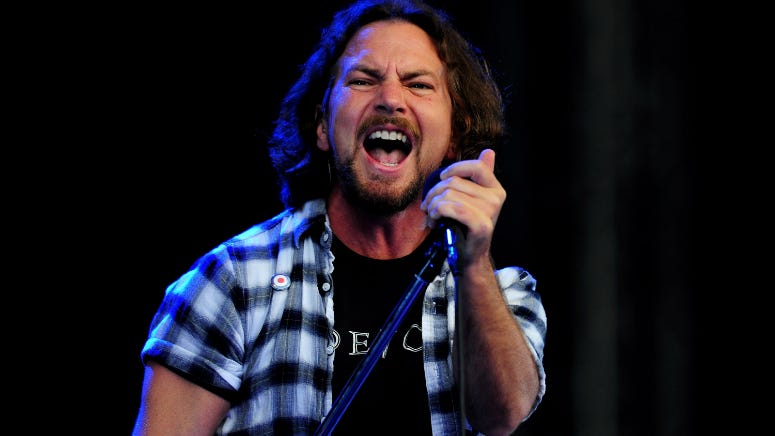