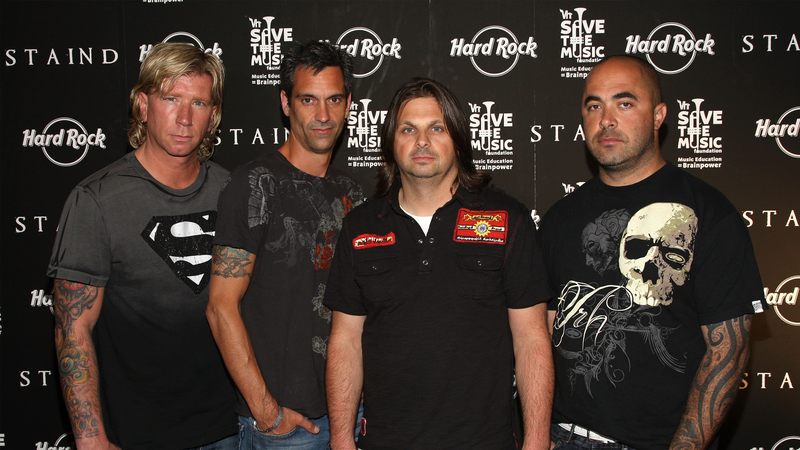 It’s been a minute since STAIND has blessed us with something new to rock out to, and nearly a decade since they’ve dropped an album. But alas, the wait is almost over, as the multi-platinum rock band just announced they are set to release Live: It’s Been Awhile on May 7 via Yap’em / Alchemy Recordings.

Per the official press, after spending 20 weeks at #1, the album’s first single, “It’s Been Awhile,” “continues to be one of the most played songs in modern rock history.”

And as if you weren’t head banging with excitement already, accompanying the album’s release and set to stream globally on May 1 is, The Return Of Staind: A Two Part Global Streaming Series, in partnership with Danny Wimmer Presents.

The series launches with STAIND’s Live: It’s Been Awhile (From Foxwoods) concert, revealing the never-before-seen concert footage from the celebration of the band’s reunion after a five-year hiatus. As the album itself was “recorded during the band’s comeback show at Foxwoods Resort Casino in Mashantucket, CT in October 2019.”

“These were the first grouping of shows we played together in 2019, when we were gearing up for what was to be a very busy 2020... that never happened,” says STAIND lead vocalist and rhythm guitarist, Aaron Lewis. “I’m glad we captured that energy here and can share it with those who couldn’t be at Foxwoods.”

In part two of the Global Streaming Series, on May 8, “STAIND will also be performing their iconic multi-platinum 2001 album Break The Cycle in its entirety… exactly 20 years after the album’s release. The 20th Anniversary Of Break The Cycle, Performed In Its Entirety will take place at takes place at Mill 1 in Open Square in Holyoke, Massachusetts, bringing the band back to their Western Mass roots.”

With a bit of time to wait until May, some things you could do include checking out the live version of the iconic track from the upcoming album here and pre-ordering the album here.

Both global streaming events debut at 5PM ET on their respective days and will be available on-demand for 72 hours afterwards. Watch the official trailer for The Return Of Staind: A Two Part Global Streaming Series below.

Tickets, bundles and VIP experiences, including exclusive merchandise, a custom STAIND guitar autographed by the entire band, and a virtual meet & greet with the band can be purchased at StaindLive.com.