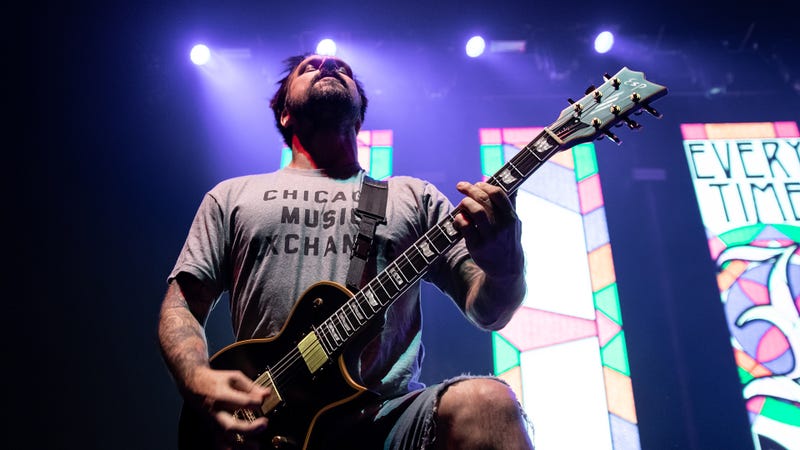 After 23 years of making music together as Every Time I Die, the members have announced there will be nothing more from the group under that name, but hinted at a future without singer Keith Buckley.

Listen to your favorite music now on Audacy curated for fans, by fans like Emo Kids, Rockternative, and more!

Every Time I Die was formed in Buffalo, NY in 1998 by guitarists Jordan Buckley, Andy Williams, and drummer Michael Novak, adding Jordan's brother, singer Keith Buckley, into the fold soon after. Bassist Stephen Micciche would join in 2001, and drummer Clayton "Goose" Holyoak in 2017. Throughout their member changes, the group had released nine studio albums in their 23-year career, the last being 2021's Radical.

On Sunday, January 17, members Andy, Jordan, Stephen, and Goose released a joint statement in order to put to rest any rumors that have been spun about their break up saying, "While we hoped to come to an agreed upon legal statement that outlined the truth, we were informed today of something planned to be released not mutually agreed upon that consists of inaccuracies and controls a narrative to benefit one."

Regarding the obviously missing member, Jordan's brother Keith, the band admitted, "There has been no direct communication with Keith, because it’s either impossible for direct communication with him solely or we’ve been cut off to any and all communication by him himself." They also said that the band's final performances took place during their annual holiday show, ’Tid The Season, back in December of '21, and laid out the fate of Every Time I Die saying, "Simply, there is zero truth about the band continuing on with a new singer."

"While we’re extremely disappointed in how this was played out online in front of you, your support and the memories we have because of you all will always be cherished." They signed off saying, "See you soon. Forever grateful, Andy, Jordan, Steve & Goose."

That’s the plan. I hope I never stop getting in a room with these 3 to write rippers

Luckily, fans got a little respite from the bad news when Jordan answered someone who had hoped for more music in some way from the remaining members. Addressing a fan's wish to "Please keep going with at least the four of you," Jordan said "That’s the plan. I hope I never stop getting in a room with these 3 to write rippers."

Where does that say “you’re fired?”
Man, this is sad. pic.twitter.com/NzpL75faA8

Of course, there was a response from Keith, who provided a legal notice he had received on December 20, 2021, sent to him by law firm Savur Law regarding the band, to which bassist Stephen Micciche responded. The letter asks Buckley to "immediately cease and desist from making any statements... or conduct of the Band or the Represented Members," and to, "immediately cease and desist all usage of the Band name, logo, or other intellectual property until there is a formal signed separation agreement between the parties."

It's all extremely messy and hard to follow... but in the end, it looks like we should expect something from the ETID members, sans Keith, at some point in the distant future, and the reason for the notice was to ensure that Keith would not be able to put together a new ETID with new members.