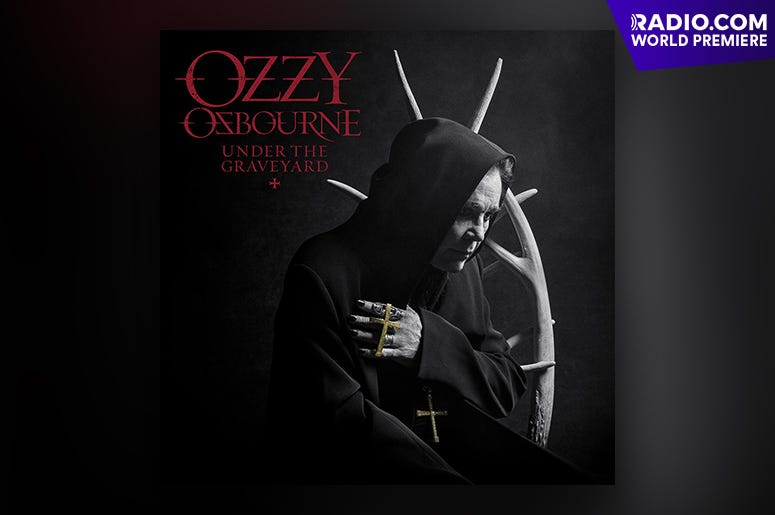 Any reports of Ozzy Osbourne’s demise have been greatly exaggerated.

After a year filled with setbacks, health concerns and cancelled tour dates, the Prince Of Darkness has emerged stronger than ever. Osbourne has released “Under the Graveyard,” his first solo song since his Scream album arrived in 2010. It kicks off a new chapter for Ozzy, one that plays out as devastating and powerful as the ones that came before.

“Under the Graveyard” is a RADIO.COM World Premiere, which means you can hear it here and stream it on the RADIO.COM app all throughout the day on Friday November 8.

The song is our first sample of Ozzy’s upcoming solo album, Ordinary Man, due out in January. It follows a period marked by several health concerns for the 70-year-old rock star, first with the flu to pneumonia and on to a terrible fall at home that dislodged several metal rods within his body. In the end, it was music that helped bring him back.

“If it wasn’t for making this record I would still be on traction, thinking, ‘I’m going to be lying here forever,’” he said in an interview earlier this year. “I’ve missed music so badly. My fans are so loyal and so good. Up until making the album I thought I was dying. But that got me off my a**.”

“Under the Graveyard” arrives at a unique time in the history of Ozzy Osbourne, an icon who has seemed to overcome anything life has thrown at him. Ozzy is enjoying new fans thanks to his collaboration with Post Malone, “Take What You Want.” That song has also introduced him to some musical partners, with Andrew Watt reportedly taking the helm for much of his upcoming album.

“It all started when Kelly comes in and says ‘do you want to work on a Post Malone song?’” Ozzy explains in a release. “My first thing was ‘who the f*** is Post Malone?!’ I went to Andrew’s house and he said we will work really quick. After we finished that song, he said ‘would you be interested in starting an album.’ I said ‘that would be f***ing great,' but now I am thinking I don’t want to be working in a basement studio for six months. And in just a short time, we had the album done."

The producer behind chart-topping pop hits from Camila Cabello and 5 Seconds of Summer, along with writer Ali Tamposi, has pushed Ozzy to ferocious new levels. “Under the Graveyard” wraps his unmistakable voice in a sonic assault, with thundering drums and searing guitars marching beside each other and erupting into a tangled pit. Duff McKagan is there on the bass, and it all happens under the watchful eye of Chad Smith from the Red Hot Chili Peppers, who is commanding on the drums, leading the charge as the five-minute epic unfolds.

"Duff and Chad came in and we would go in and jam during the day and I would go work out the songs in the evenings. I previously had said to Sharon I should be doing an album, but in the back of my mind I was going, ‘I haven’t got the f***ing strength.’ But Andrew pulled it out of me. I really hope people listen to it and enjoy it, because I put my heart and soul into this album.”

“Under the Graveyard” from Ozzy Osbourne is now available everywhere.