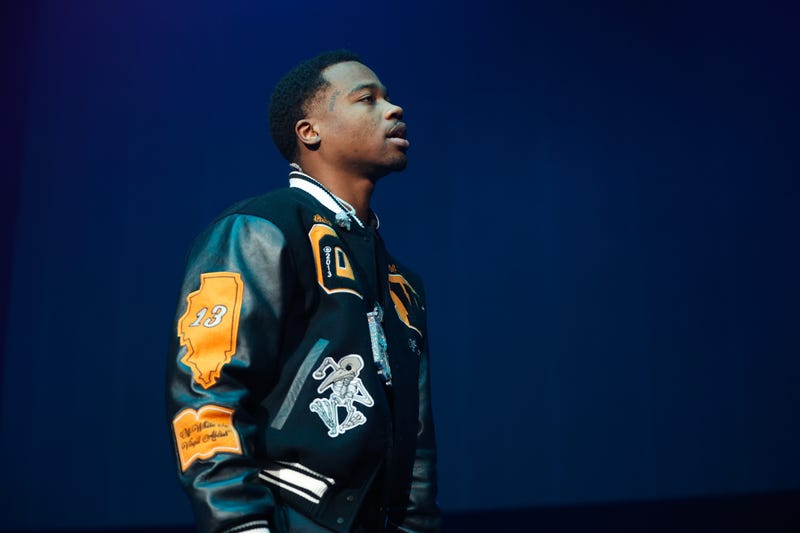 Roddy Ricch has had to forgo his musical guest spot during this weekend’s season premiere of Saturday Night Live.

Listen to Roddy Ricch Radio on the Audacy app!

In lieu, the Jack Antonoff fronted Bleachers will step in for the rapper after a rep for Ricch confirmed that the switch was due to a COVID-19 exposure on his team. The change in scheduling was announced only six days after Ricch was confirmed to appear on the variety show’s 47th season premiere.

The “hibachi” rapper is the third guest to pull out of their musical guest spot due to COVID-related issues. In October 2020, Morgan Wallen’s musical-guest appearance was cancelled after pictures of the Country singer breaking mask protocol days before the show surfaced on social media.

Hold please while I go collect my extremities, as I have exploded from excitement and sensible fear 🥳😱 https://t.co/Xdjv7AdwjK

During the final show of 2021 in December, Charli XCX’s appearance was canceled when the Omicron surge gripped New York City with staggering new levels of positive cases. SNL was forced to scale their cast and crew back dramatically. The show was cut back to just two cast members and performed without a live studio audience. The change was made just hours before the show was set to start.

The “Vroom Vroom” singer was set to take the stage with Caroline Polachek and Christine and the Queens. On social media Charli wrote, “Hi everyone, due to the limited crew at tonight’s taping of ‘SNL’ my musical performances will no longer be able to go ahead. I am devastated and heartbroken. Myself, Caroline, Christine and all our crews and teams have worked so hard all week alongside the ‘SNL’ team to bring the most amazing musical performance to life.”

The 47th premiere of Saturday Night Live will take place on January 15. Ariana Debose is set to host alongside the new musical-guest, Bleachers.