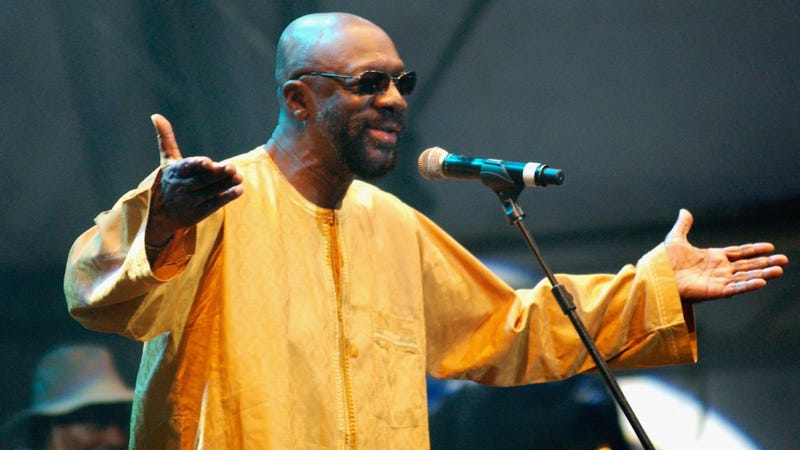 You all know who we’re talking about here. He’s one bad mother… Shut your mouth!

Shaft, the crime action film starring Richard Roundtree in the memorable role of John Shaft, is equally as famous as a movie as it is for its soundtrack. Released in August, 1971 we’re looking back at one of the greatest soundtracks in movie history.

Isaac Hayes initially auditioned for the role of Shaft, but was asked to compose the film’s score instead. Hayes did end up having an on screen appearance as he made a cameo in the film.

Before he was hired to create the film’s soundtrack, director Gordon Parks sent Hayes raw footage of a few of the film’s scenes. Hayes ended up writing three songs based around the scenes. “Theme from Shaft” for the opening title sequence, “Soulsville” for a scene where Shaft walks through Harlem, and “Ellie’s Love Theme” for a love scene.

Once Hayes finished composing the score, he went into the studio to record with the acclaimed Stax rhythm band The Bar-Kays. Recording was completed in one day. Over the next two days the orchestral tracks and the vocals were added.

The Shaft soundtrack made history the moment it was released in August 1971. It became the first double album of original studio material to be released by an R&B artist. On the charts, the album peaked at the number one position on the Billboard 200 chart and stayed on the chart for a mindblowing 60 weeks. Additionally, “Theme from Shaft” peaked at the top spot on the Billboard Hot 100 chart.

The soundtrack took home a slew of awards at the 1972 GRAMMYs as well. “Theme from Shaft” won Best Engineered Recording, Non-Classical and Best Instrumental Arrangement. The soundtrack won Best Instrumental Composition Written Specifically For a Motion Picture or For Television. At the 1972 Academy Awards, Hayes became the first African American to win an Oscar for a non-acting category as “Theme from Shaft” won Best Original Song.

50 years since its release, the Shaft soundtrack is just as impactful as it was in 1971.