Besides going to the pumpkin patch, there's one thing that you and your family should be doing during the fall season: watching spooky movies.

Netflix has an array of family-friendly Halloween movies and TV shows that will get your family excited for the ghoulish holiday.

The movies — a robust mix of classic films and new specials — are just the right amount of scary so you’re not sitting at home with your light on all month long. As they say, more treats and less tricks!

Be sure to mark your calendars and plan your movie marathons accordingly.

Check out all the content that’ll put you in the Halloween spirit:

A Babysitter’s Guide to Monster Hunting

Kelly Ferguson, a high school freshman, is babysitting a young boy named Jacob when she’s recruited by a secret society of babysitters tasked to protect children with special powers from the monsters. The film began streaming on September 10, so check it out now. 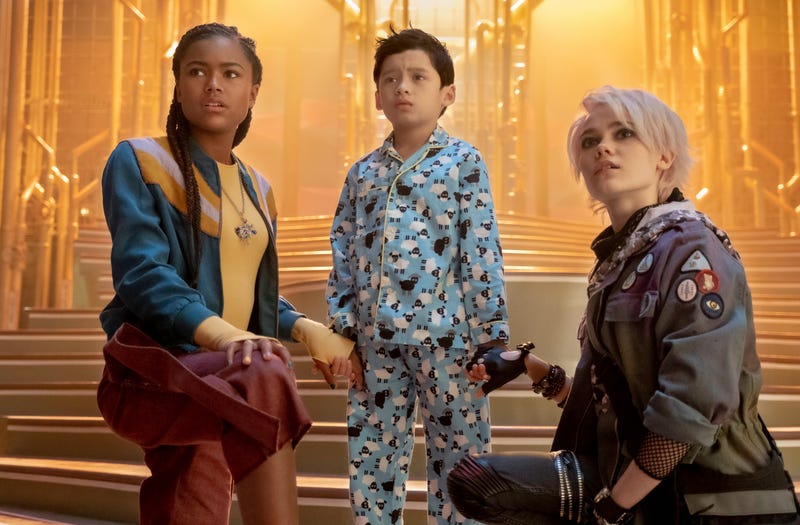 Season 4 of the series will be available October 1. It follows Mildred Hubble, a girl who is not familiar with magic until she’s enrolled in Miss Cackle’s Academy of witches. As she begins her training, chaos ensues. Will Mildred always be the worst witch? Or will she learn to use her magical abilities? Find out when you stream all the seasons on Netflix.

Cory Carson, a kid car, and his friends go looking for king-sized candy bars on Halloween and realize all the good candy is on the “spooky” side of town. Is the trip worth it? Join the adventure on October 2.

Vampires vs. the Bronx

Vampires in the Bronx? Not so fast. The American comedy horror film finds a group of teens forced to protect their neighborhood from the invading blood-suckers. It will be available to stream on October 2.

StarBean notices that greedy Captain Fishbeard is stealing everyone’s Halloween candy. Along with her friend Boost, she pulls some tricks out of her sleeve to save the day and Halloween. Available for streaming on October 6.

Adam Sandler stars as Hubie Dubois, the town joke who becomes Salem’s only hope when people start to go missing. Can he convince the authorities who tend to discredit him that monsters are real? Available for your streaming pleasure on October 7.

Super Monsters visit Vida’s hometown to attend a Dia De Los Muertos parade where they make new friends and learn about the Mexican holiday. Join in on the fun on October 9.