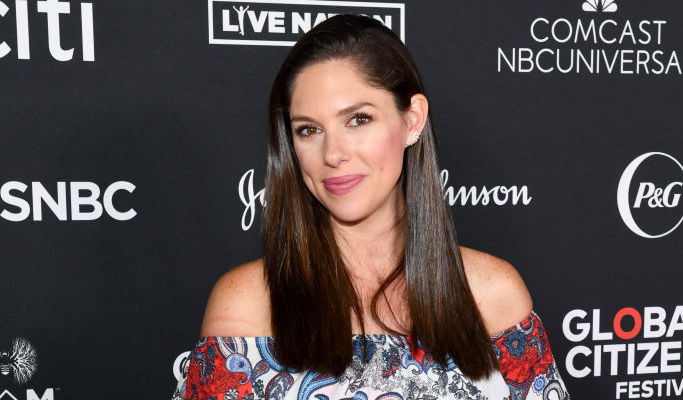 Abby Huntsman is prioritizing her real-life family over her TV family with the announcement that she is leaving “The View.”

The co-host revealed that she is exiting the daytime talk show to help her father, Jon Huntsman Jr., campaign for governor of Utah.

"Today, I'm saying goodbye."@HuntsmanAbby announces she is leaving @TheView to help run her father's campaign for governor of Utah: "It's not often in life that you get these moments to go fight for something that you are so passionate about." https://t.co/VTJUxjEuW6 pic.twitter.com/XsGahw3VPc

According to Fox News, she will serve as a “senior advisor” on her father’s team.

“This is always such a hard thing to do… but today I’m saying goodbye,” Huntsman said on Monday’s show. “My No. 1 priority has always been my family.”

"I couldn't be more excited to help someone I love," she added.

The View shared the news on their Twitter account as Huntsman explained the reasoning behind her decision: "It's not often in life that you get these moments to go fight for something that you are so passionate about."

Fox reports that Huntsman sent a memo to the staff thanking them for allowing her to be on the “iconic show.”

“After much deliberation over the holidays, I have decided to leave the show to dedicate myself full-time in support of my dad and his campaign for Governor of Utah,” she wrote. “You know I think the world of all of you... ABC will always hold a special place in my heart, and so will all of you.”

She also tweeted that she was "thankful for my seat at the table" before adding, "Utah here we come."

So thankful for my seat at this table. A dream come true. Utah here we come! #familyfirst❤️ @TheView pic.twitter.com/ME8SEwiAQB

Her father officially welcomed her to the team on Twitter writing, "Her years of experience on the national stage will be an enormous asset to our campaign."

I’m thrilled @huntsmanabby has decided to join our campaign team full time as a senior advisor! Her years of experience on the national stage will be an enormous asset to our campaign. Excited to have her energy on the trail. Family is everything! https://t.co/ihb1VavhRF

With Huntsman out, Meghan McCain remains the only conservative voice on the show.

She took to Twitter to congratulate her co-host writing, "Wishing my amazing friend and co-host @HuntsmanAbby nothing but the best on her next chapter! @TheViewis less without you and your light."

Wishing my amazing friend and co-host @HuntsmanAbby nothing but the best on her next chapter! @TheView is less without you and your light. I wish you, your family, & your father @JonHuntsman’s campaign all the absolute best. He’s lucky to have you officially lead his team! ♥️🇺🇸

While Huntsman will aide her father, she didn’t write off the possibility of returning to the show after the campaign's run.

“You never know, life is funny that way,” she said, adding that ABC will “always be family.”