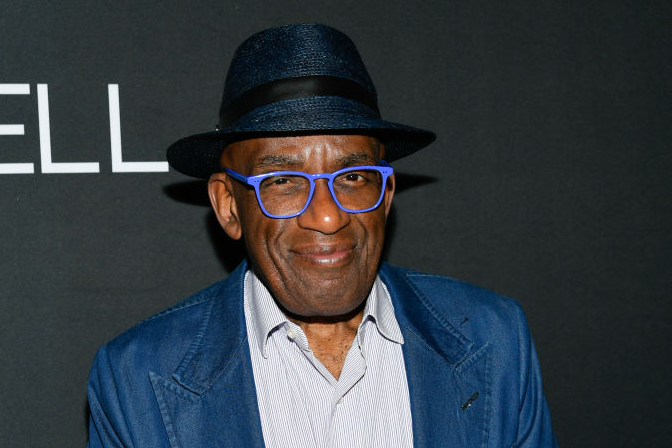 Al Roker is back home and recovering.

He posted a photo on Instagram with his wife and ABC News reporter, Deborah Roberts, to share the good news.

"Relieved to let you all know that my #prostatecancer surgery is done and back home," he wrote.

“Big shoutout to everyone at the #josierobertsonsurgerycenter and so appreciate all the thoughts and wishes from our viewers and the wonderful care packages from my co-workers. Hope to see you all soon,” he added.

The couple both donned face masks in the photo.

The 66-year-old also added a photo of him giving a thumbs-up sign with his 18-year-old son, Nick.

Roker revealed he was diagnosed last week during a live episode of Today.
"It's a good news-bad news kind of thing,"he said. "Good news is we caught it early. Not great news is that it's a little aggressive, so I'm going to be taking some time off to take care of this."

The host revealed that he is hopeful that he will return to the show "in about two weeks."

Dr. Vincent Laudone, who performed the procedure at Memorial Sloan Kettering Cancer Center in New York City, said that "fortunately his cancer appears somewhat limited or confined to the prostate, but because it's more aggressive, we wanted to treat it, and after discussion regarding all of the different options — surgery, radiation, focal therapy — we settled on removing the prostate."

Roker chose to share his diagnosis publicly to urge others to get regular checkups, particularly Black men. "The problem for African American men is that any number of reasons from genetics to access to health care, and so we want to make it available and let people know they got to get checked," he said.

He thanked fans on Instagram for the outpouring of love and support after sharing his diagnosis.

“Going to tell that cancer, #yourefired,” he wrote.