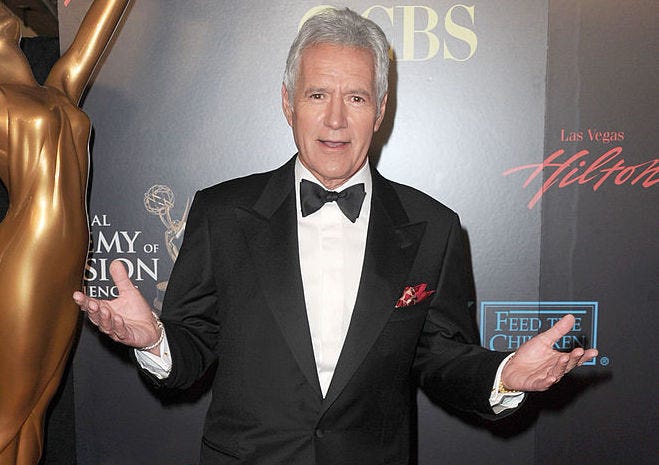 Thursday night’s episode of “Jeopardy!” was such a snooze-fest that even Alex Trebek had some shade to throw on it.

While the game showed an abnormally high number of wrong answers, there were also at least ten scenarios which involved none of the contestants answering at all, Yahoo! reports.

When the category of “baseball manager” kept proving fruitless, Trebek even became concerned that none of the answers in that category would be correct. “This isn’t going to be a repeat of the football category from last year, is it?,” he quipped, referring to the 2018 game when contestants couldn’t come up with a single correct answer.

As the game headed into the “Final Jeopardy!” portion of the evening, the highest total sat at just $5,600 – a low-ranking score when you consider “Jeopardy!’s” history.

“Okay, low scores as we get set for Final Jeopardy! Not a big winner coming up,” Trebek announced to the audience.

Sure, the game wasn’t as riveting as some of the more recent “Jeopardy!” take-downs we’ve seen, but fans couldn’t get over Trebek’s snarky demeanor throughout the whole thing - especially as he signed off the show by promising a better game next time.

“We’ll see you tomorrow,” he said. “The categories will be different, I promise.”

Despite Thursday night’s disappointing game, “Jeopardy!” celebrates 8,000 episodes total today. “We couldn’t have done it without you, the fans,” a caption reads on the “Jeopardy!” Instagram account.