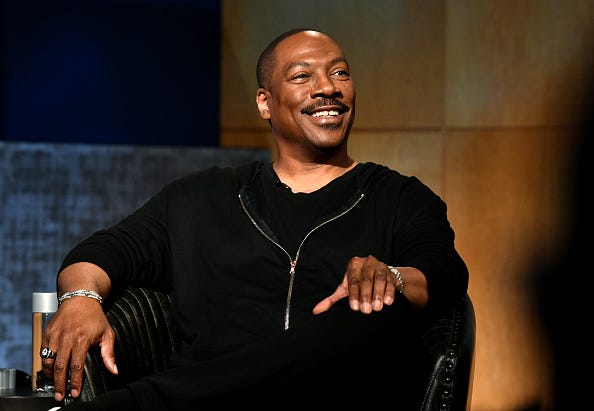 Axel Foley is reporting for duty.

According to the Hollywood Reporter, the streaming giant scored sequel rights to produce the fourth film in the franchise from Paramount Pictures through a one-time licensing deal.

The deal comes on the heels of a multi-picture deal made between Netflix and Paramount last year.

Fans of the previous three films will be excited to learn that Eddie Murphy has been tapped to reprise his role as Axel Foley.

In the first film, Foley finds himself outside of his comfort zone when he travels to Beverly Hills, California to solve his best friend’s murder.

Eddie Murphy and Jerry Bruckheimer are bringing #BeverlyHillsCop 4 to Netflix. Paramount has agreed to license the movie, and the option of a sequel, to the streaming giant.

The fourth edition of the franchise has been a long time coming.

Paramount has reportedly been working on a reboot for years, though they pulled it from its scheduled release slot back in 2016.

Multiple production companies have attempted and failed to revive the series, including Murphy’s own company, “Eddie Murphy Productions,” in 1999 and Bruckheimer in the 2000s.

The original film premiered in 1984 and was followed by two more installments in 1987 and 1994, collectively earning $735.5 million worldwide.

Murphy’s on his way to becoming a permanent fixture within the Netflix brand.

After releasing a successful Netflix original titled "Dolemite Is My Name," based on a true story about comedian Rudy Ray Moore, TMZ revealed he’s also in talks for his own standup special.

No word on when we can expect the fourth sequel.