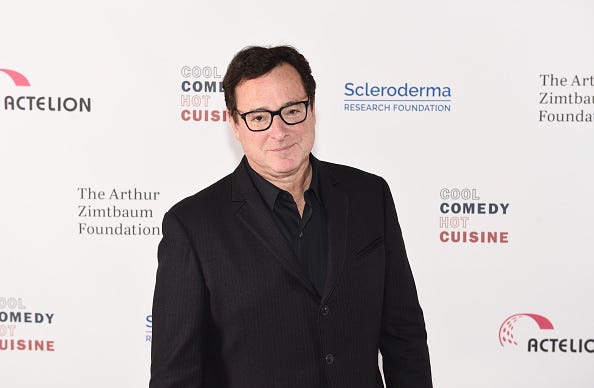 Fans of “Full House” have always thought that Bob Saget and Danny Tanner were the same person, but it took a coronavirus outbreak for Saget to make the realization himself.

The actor and comedian posted a tweet on Thursday joking that the pandemic has turned him into a neat-freak just like his beloved character on the family-friendly series.

Oh. My. God. I spend my day cleaning and vacuuming and sanitizing everything in the house. I have become Danny Tanner.

Danny, the patriarch of the Tanner household, was a clean-a-holic who often spot-cleaned the family's San Francisco home for fun.

“Oh. My. God. I spend my day cleaning and vacuuming and sanitizing everything in the house. I have become Danny Tanner,” Saget wrote to the delight of longtime fans.

Fans offered up some equally as witty responses:

"Cut. It. Out. @DaveCoulier," someone wrote echoing fellow cast-members catchphrase.

Another used the show’s intro-song perfectly: “whatever happened to predictability?”

One user pointed out that Saget’s realization was also a teachable moment about the importance of practicing good hygiene and cleanliness.

"We could all learn from Danny at this time. Nothing particularly wrong with that," they wrote.

We could all learn from Danny at this time. Nothing particularly wrong with that.

The first half of the fifth and final season debuted on Dec. 6. The second half of the season will be released sometime in 2020.