As Chris Harrison often says, this may really be the “most dramatic season ever" of "The Bachelorette."

In gearing up for the show's October 13th premiere, ABC just released the newest trailer for the upcoming season featuring Clare Crawley handing out roses.

In the one-minute video, Keke Palmer sings a cover of Aretha Franklin’s “Respect” as a montage of Crawley’s clips are shown. One of the moments shows the Bachelorette kissing one of her suitors.

“I have so much to share, and so much to give,” Crawley says in the spot just as she shares a smooch with one of the men from her season. “I know what I am looking for, and I am so ready for this."

Last week, the network released a poster that had fans scratching their heads and calling into question many decisions. 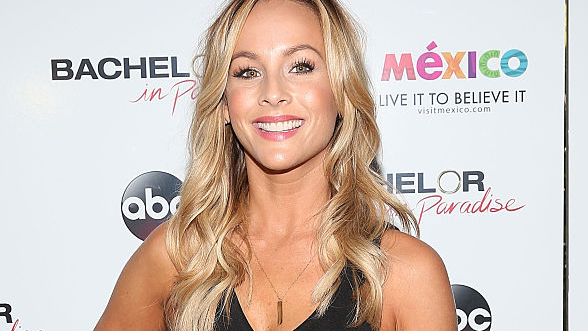 Longtime host Chris Harrison shared the poster on his Twitter account along with the caption: “I feel like this could be double trouble,” possibly alluding to the rumors that Crawley dropped out mid-season and was replaced by Tayshia Adams.

I feel like this could be double trouble #TheBachelorette pic.twitter.com/oIAvz9jvra

The image features Crawley in the background leaning against a wall and holding a rose while a random male leg is extended in the forefront. The unidentified male seems to be pulling on his sock.

Fans were so baffled by the leg that they couldn’t focus on anything else.

Several fans picked up on the poorly executed attempt at recreating the film poster from the 1967 classic, “The Graduate.”

Last month, it was also revealed that "Bachelorette" alum JoJo Fletcher would temporarily replace Harrison as host for a few episodes. Harrison had to quarantine apart from cast and crew for 14 days after leaving the show's set to take his son to college in Texas.

With so much drama off-screen, can you imagine what’s going to go down on-screen? Especially since all of the contestants have been quarantined together at a California resort throughout the entirety of filming.