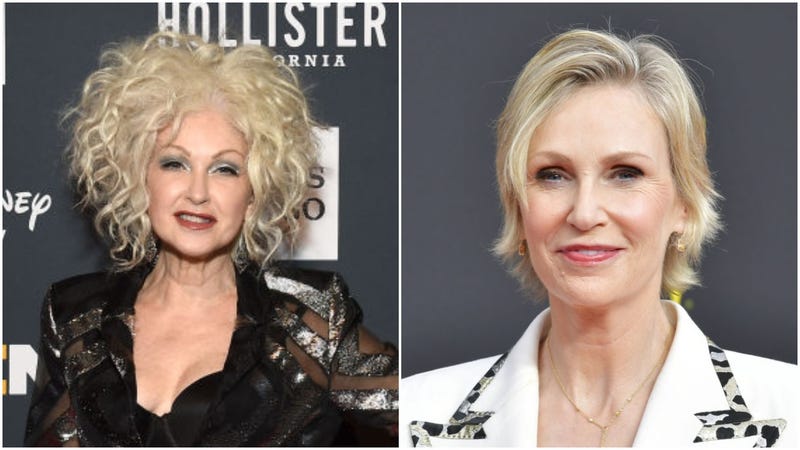 Cyndi Lauper is set to join Jane Lynch in a new Netflix series that will allegedly be similar to a modern update on “Golden Girls,” according to Variety.

Lynch revealed the news backstage at the Creative Arts Emmys.

“I pitched a show to Netflix and they bought it,” she told reporters in the press room. ”I don’t know if I can even tell you, but it’s with Cyndi Lauper, so there!”

After spilling the news, the former “Glee” star gave even more details about her and Lauper’s prospective characters.

"We're our age, I'm almost 60, she's 65, and we're looking for our next act without having had husbands or children,” she added.

“There will be two other folks in it who haven't been cast yet. It's kind of a 'Golden Girls' for today," she continues.

It may not be an actual reboot of the original, but we’ll still break out the cheesecake to celebrate!

The news comes a few months after “Seinfeld” writer Carol Leifer first disclosed she was developing a show with the comedian and the ’80s pop diva.

Over the weekend, Lynch took home an Emmy for Outstanding Guest Actress in a Comedy Series for her role on Amazon’s “The Marvelous Mrs. Maisel.” This was her fifth win after previously scoring awards for “Glee,” “Hollywood Game Night,” and “Dropping the Soap.”

While Lauper is best known for her musical career with hits like “Girls Just Wanna Have Fun,” “She Bop” and “Time After Time” or composing the Tony-winning score for “Kinky Boots” on Broadway, she’s also an Emmy-winning actress.

Prior to Lynch, she also nabbed a statue for Outstanding Guest Actress in Comedy for her stint on “Mad About You” in 1995.

Since then, Lauper has appeared on shows like “That’s So Raven,” “Bones,” and the reboot of “Magnum P.I.”