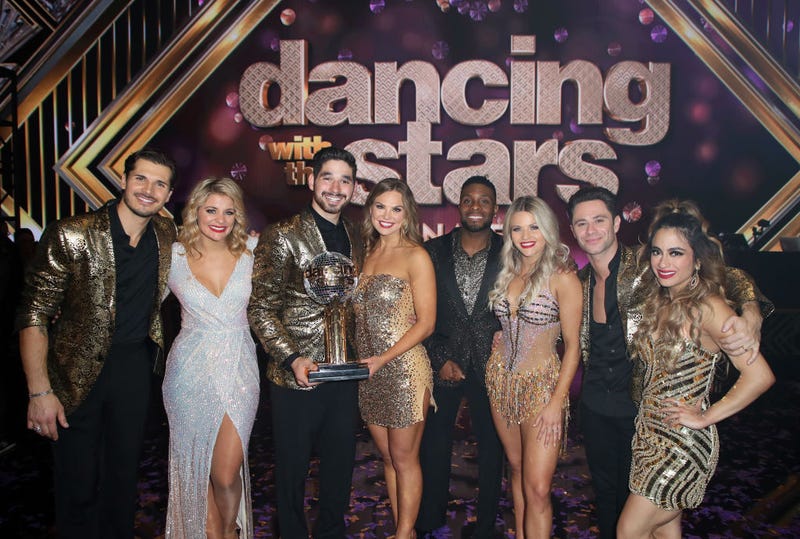 Hannah Brown and her partner Alan Bersten danced their way to victory. Brown may have not found her husband on "The Bachelorette," but she found herself a mirrorball trophy!

Both Brown and Bersten were declared the winners of Season 28!

Throughout the season, Brown expressed she struggled with having confidence. A couple of weeks ago the star opened up on Instagram.

The couple performed a freestyle dance to Alicia Keys' "Girl on Fire" and Gwen Stefani's "Hollaback Girl" and received a perfect score from all of the judges. In addition to the freestyle dance, couples got a chance to pick their favorite dance of the season to perform.

It was also revealed that Brown will appear on the next season of "The Bachelor." Brown was seen in the promos talking to Peter Weber.

Kel Mitchell and his partner Witney Carson won second place. Mitchell danced the freestyle dance to "Jump" by Kriss Kross. Mitchell said instead of using professional dancers from the show, he brought dancers from Chicago.

Country singer Lauren Alaina and her partner Gleb Savchenko danced a freestyle to Luke Bryan's Country Girl (Shake It For Me). The singer received her first and only perfect score this season for this dance.

A post shared by Dancing With The Stars #DWTS (@dancingabc)

During the show, it was announced that the show's tour will happen on January 9, 2020 in Richmond, Virginia.