The full “Simpsons” catalog has found a new home on Disney+.

Through a deal with 21st Century Fox, the streamer has added the complete catalog of episodes including the animated sitcom’s 31st season.

Their new campaign, “Simpsons Forever, aims to to celebrate Springfield’s most-famous residents by curating a recommended collection of episodes, according to ComicBook.com.

It will also highlight favorite episodes monthly that are themed to current events or trends.

Since “The Simpsons” always go big for Halloween, it’s the perfect time for Disney to offer up “The Simpson Horror collection” consisting of 30 “Treehouse of Horror episodes” from over the years.

“The Simpsons” are also known for eerily predicting real-world events before they happen, which explains the themed category titled “The Simpsons Predicts.” 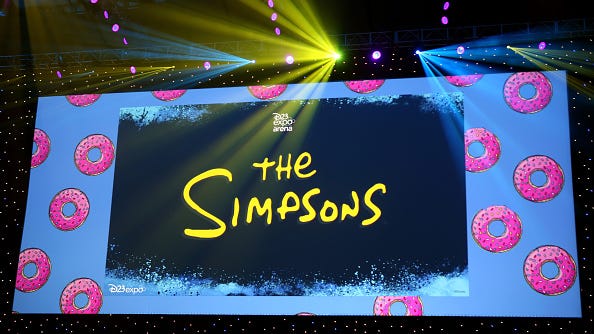 Since premiering on TV nearly 31 years ago, “The Simpsons” has become one of the most popular franchises and the most-streamed series on Disney+ after being added in November.

Back in May, it was announced that the series would be available to stream in its correct aspect ratio after fans and subscribers expressed frustration because the episodes were available in a 16:9 aspect ratio, despite most episodes being filmed in a 4:3 ratio.

The result was an upsetting experience as episodes were cropped and zoomed in, which prevented fans from seeing key moments and punchlines, or watching the episodes as they were intended.