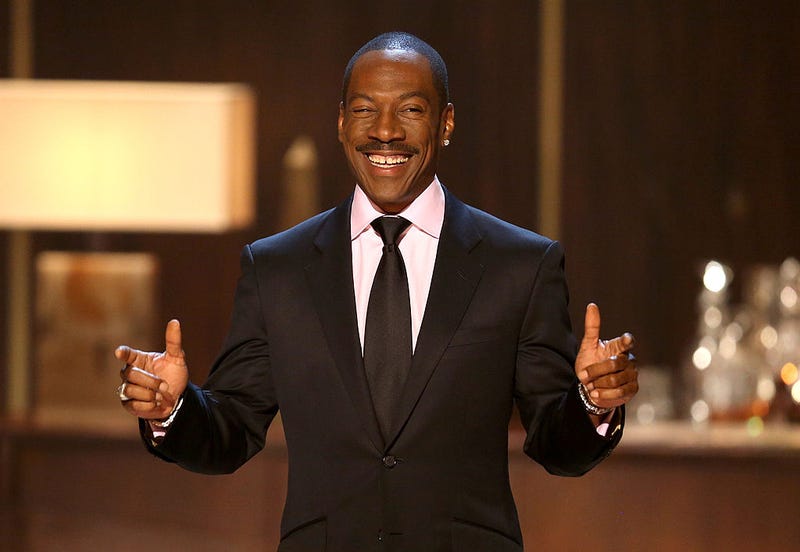 Eddie Murphy is going back to the place where he started his career. The 58-year-old comedian will host “Saturday Night Live” for the first time since 1984.

In an exclusive interview with Entertainment Tonight, the comedian sat down to talk about his new film, “Dolemite Is My Name.”

Murphy also took time to explain why he is returning to “Saturday Night Live” for the first time since the eighties.

"I'm having so much fun sitting on the couch at home and being within earshot of the children. I said, 'That's good, I could sit on this couch and not ever get off and I'd be fine with that.' But I was like, 'I don't want to have the last movie be Mr. Church,'" he explained, referencing his 2016 drama.

Murphy made an appearance five years ago for SNL’s 40th Anniversary special, but this will be the comedian's first time as host.

"He's arguably the biggest star that SNL ever produced, but he became a star during the brief period when Lorne Michaels wasn't running the show, so he doesn't have that relationship," Rolling Stone chief TV critic Alan Sepinwall told WCBS 880.

"And beyond that there was an incident in the '90s when David Spade told a joke on 'Weekend Update' showed a clip from some Eddie Murphy movie and he said, 'Look, a falling star.' Eddie Murphy was so offended that his old homeplace had made fun of him like that, that he vowed to never return."

Live from your timeline, we’ve got some news. #SNL pic.twitter.com/7HrcoM8OPg

Murphy was on the show from 1980 to 1984. After leaving the program, he starred in several films including “Coming to America,” “Shrek,” “The Nutty Professor,” and more.

Murphy will host “Saturday Night Live” on December 21 on NBC.