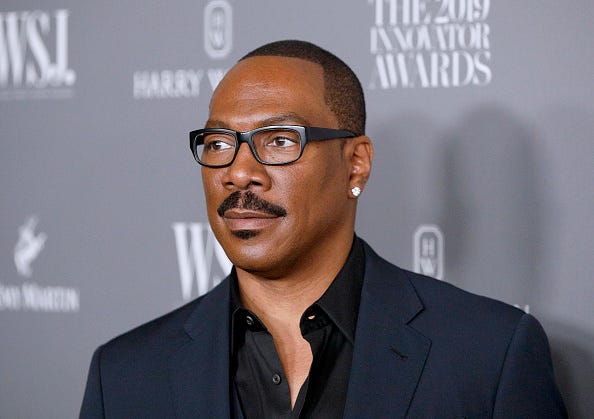 Eddie Murphy is a proud dad of 10.

During an appearance on “The Ellen Show” promoting his new film, “Dolemite Is My Name,” the actor got very real about his big brood.

"Does it seem like a lot to you, or does that seem OK?" DeGeneres asked curiously.

She then pointed out the reaction of the crowd, which Murphy admitted he’s used to.

He went on to explain that he gets very different reactions from men and women when he mentions how many children he’s fathered.

“Men kind of look at me like, ‘He’s crazy. How much did that s— cost?'” he joked. “And women, it’s kind of like, something sexy about it I think. ‘Eddie Murphy must be doing this thing. Eddie Murphy be getting it in.'”

Back in 2016, the actor told People magazine that he got lucky with his kids.

"There really isn’t a bad one in the bunch, everyone turned out to be really good people."

The couple are also parents to a 3-year-old daughter, Izzy Oona.