The mantra at “The Ellen DeGeneres Show" is “be kind,” but some former employees claim the positive and kindhearted nature of the talk show doesn’t extend to the crew working behind-the-scenes.

10 former employees and one current one spoke with Buzzfeed News about their experiences on the show.

“I think it is a lot of smoke and mirrors when it comes to the show's brand," a former employee told the publication.

"They pull on people's heartstrings; they do know that's going to get likes and what people are going to go for, which is a positive message. But that's not always reality,” the employee added.

While another former employee agreed that the culture wasn’t “normal,” they said other staffers contributed to the vibe of the workplace.

"The issue is these three executive producers running the show who are in charge of all these people [and] who make the culture and are putting out this feeling of bullying and being mean," they told the publication.

Buzzfeed spoke with executive producers Ed Glavin, Mary Connelly, and Andy Lassner, who, in a joint statement, said they have always “strived to create an open, safe, and inclusive work environment."

"We are truly heartbroken and sorry to learn that even one person in our production family has had a negative experience," they continued, adding, "It's not who we are and not who we strive to be, and not the mission Ellen has set for us." 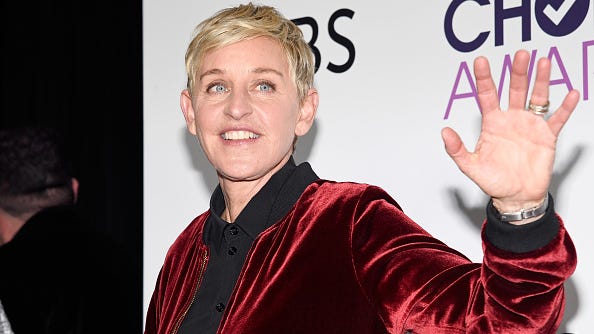 "For the record, the day to day responsibility of the Ellen show is completely on us," they clarified. "We take all of this very seriously and we realize, as many in the world are learning, that we need to do better, are committed to do better, and we will do better."

Other reports from former employees included a former Black employee saying she was exposed to racial comments that compared her to another Black co-worker. "Oh wow, you both have box braids; I hope we don't get you confused,” she recalled one senior-level employee stating.

A third employee took issue with the company not wanting to honor sick days or allowing remote work during family emergencies like funerals. Others said they were axed from jobs for taking bereavement or medical leave.

"That's the definition of a toxic work environment, where they make you feel like you're going insane and then you're like, 'no, everything I was feeling was right,'" the former employee said.

All former employees agreed that they never felt safe voicing their concerns.

"They hire people who maybe are inexperienced with how a functional, non-toxic work environment actually is, or someone who just wants to be in that atmosphere so bad that they'll put up with it," one former employee said, adding,"they kind of feed off of that, like, 'This is Ellen; this is as good as it gets. You'll never find anything better than this.'"

Earlier this year, Ellen’s current employees took issue with the lack of transparency, communication, and pay from the production of the show amid the coronavirus pandemic.

The employees claimed the 30-person main stage crew was kept in the dark about hours and payment for more than a month before being informed of a 60% pay cut despite the show airing remote episodes.

Ellen’s former bodyguard assigned to protect her during the 2014 Oscars said the criticisms about the treatment of employees were valid.

Tom Majercak said that his experience with the host was "less-than-pleasant,” adding, "I'm holding their hands and walking them through individuals and large groups of people. Ellen is the one person that I've been assigned to -- and I've been assigned to quite a few celebrities -- that has never taken the time to say hi to me.”