While the most recent (and most controversial) series of “Survivor” wrapped up on Wednesday, Dec 18, fans are already looking forward to what’s in store for the upcoming 40th season of the series.

During the “Island of the Idols” pre-taped finale, host Jefft Probst surprised fans with an announcement he previously said was a dream but would never happen: season 40 will be comprised of all winners!

Season 39 established itself as a drama-filled season after Dan Spilo, a Hollywood Talent Agent, was accused of “inappropriate behavior” first by a contestant and then by a producer.

In an unprecedented move for the series, Spilo was ejected from the game after previously being warned about his behavior.

With Spilo in the past, it’s no wonder fans are excited to reunite with some winners who have proven that they take the game seriously.

Read on for everything we know about the upcoming season:

The Theme of Survivor 40 Is…

20 past winners will return to compete for the title of Sole Survivor in the upcoming season “Winners at War.” The season will bring back the “Edge of Extinction,” where players who have been voted off are given the choice to play on a deserted island until they can fight their way back into the competition. With the stakes raised high, the pot of gold is also reaching its peak at $2 million total prize! 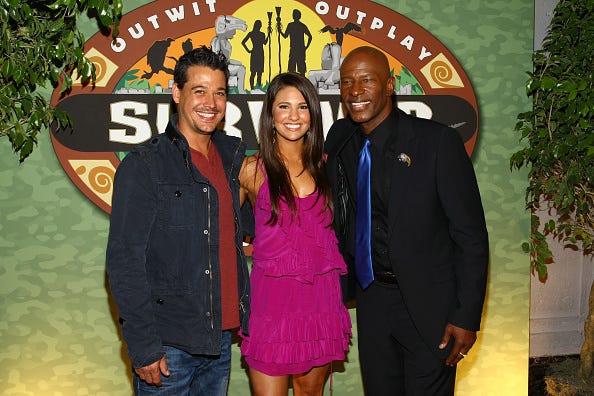 Mentors from “Island of Idols” Rob Mariano and Sandra Diaz-Twine will return. Diaz-Twine, who is the only contestant to have won the series twice, will attempt her luck at a third win.

Has This Happened Before?

This is the fifth season made up of all returning players – prior games included the 2004’s “All-Stars," 2010’s “Heroes vs. Villains,” 2015’s “Second-Chance” and 2017’s “Game Changers.” However, it is the first season to feature all former winners, according to People.

According to US Weekly, the series said that pre-production orientation will be updated with “new anti-harassment, unconscious bias and sensitivity training for cast, producers and production crew on location.” They will also implement a new rule that “unwelcome physical contact, sexual harassment and impermissible biases cannot be brought into the competition and will not be permitted as part of gameplay.” Instructions on how to report violations will also be provided.

The new and action-packed season 40 of “Survivor” returns to CBS on Feb 12.