The 17-year-old shared the news with his fans and followers on Instagram on Wednesday before heading into surgery for his cleidocranial dysplasia, a condition that affects the growth of bones and teeth and can cause underdeveloped or absent collarbones, according to National Institute of Health.

"Surgery number 4!" he captioned a photo of himself in a hospital room. "This is a big one! To learn more about Cleidocranial Dysplasia and how you can help those with the condition you can go to ccdsmiles.org."

He didn’t share more about the surgery but previously told Entertainment Weekly that he has a mild case compared to others.

Matarazzo was born with the condition, but instead of shying away from it, he embraced it and allowed it to become a part of his character, Dustin, on the Netflix series.

During an appearance on “The Doctors” in 2018, he explained that he believes his condition is what convinced the Duffer brothers to give him the part. He recalled previously going into multiple auditions a week and getting told “no” because of “my lisp, and the teeth situation, and my height.”

Matarazzo said the Duffer Brothers wanted each character to be “unique” with a characteristic that was “realistic and personal." When they saw him stretching and realized he could touch his shoulders together because of his missing collarbones, they thought he was the perfect fit.

"I said, 'I was born without collar bones,' and I started explaining what it was and how I had a condition from birth and it affects my teeth and everything," he said. "Once I got the part, they said they were going to incorporate that and use it in a realistic way."

Matarazzo says the inclusion of his condition has opened up the dialogue around a rare and oftentimes undiagnosed disease that affects one in a million. It has also allowed the series to touch upon bullying.

"They asked me if it was OK if the kids in the show had bullied me because of it. I said, 'It's totally cool. It's realistic.' " 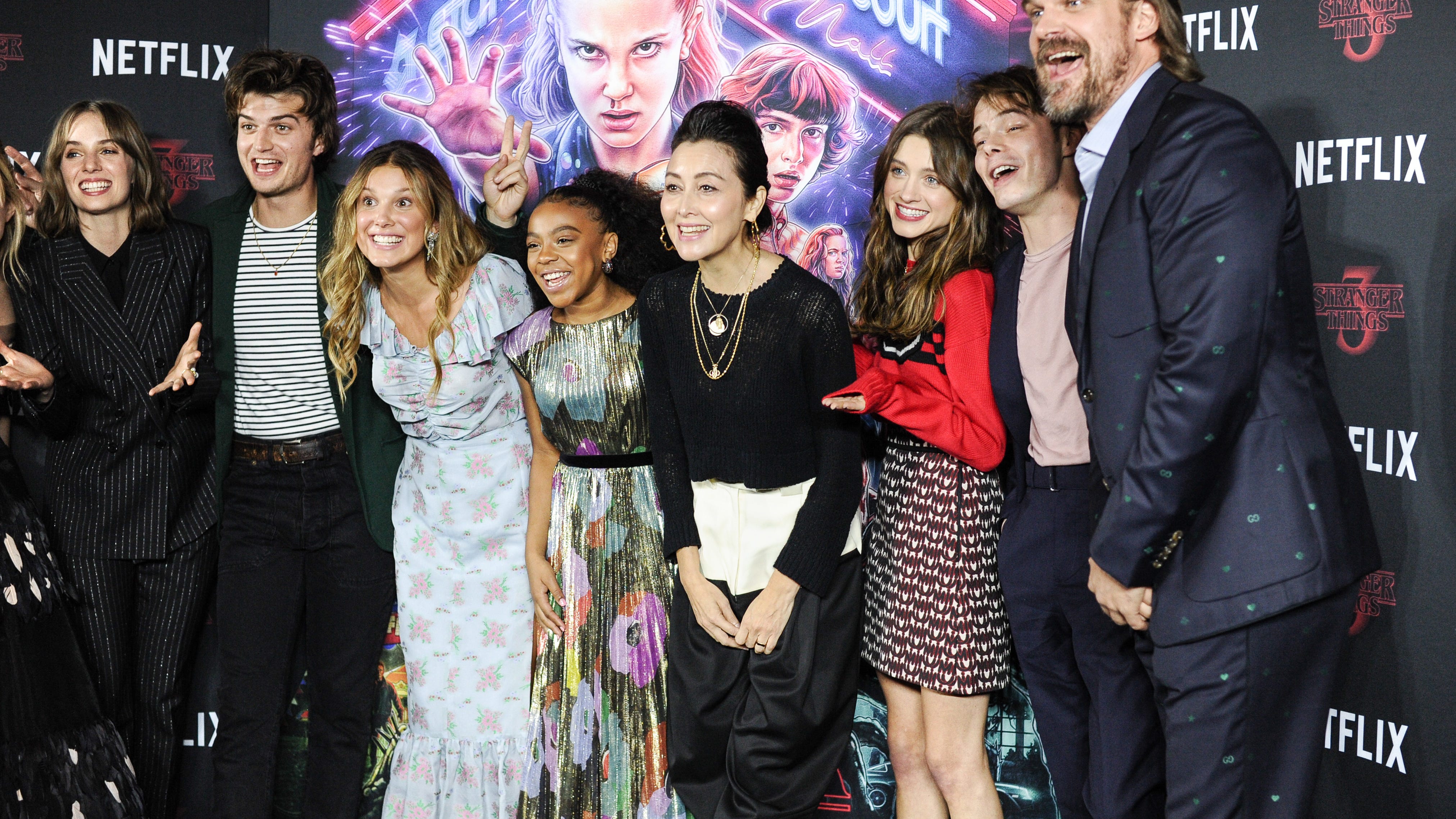 Ahead of the surgery, well wishes from his cast members poured into his comments section.