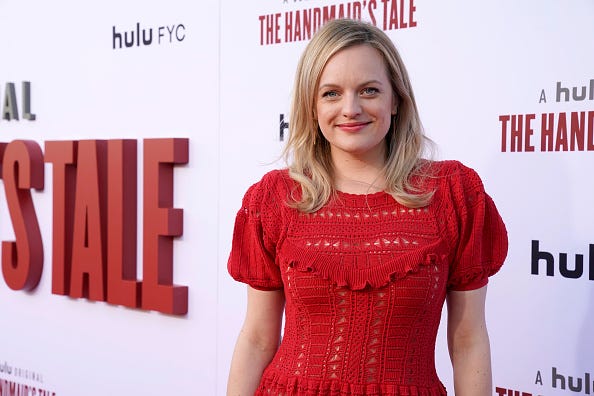 Fans of “Handmaid’s Tale” were left verklempt on Wednesday when Hulu dropped the much-anticipated finale of Season 3. After three seasons of seeing a thriving Gilead to the detriment of its fertile and “sinful” handmaids, Wednesday’s finale gave fans a glimmer of satisfaction.

June, played by Elizabeth Moss, has been gearing up all season to shuffle 50 or so kids from Gilead to the Canadian border, where they will be free from the shackles of totalitarianism and able to live the lives of their choosing.

The big moment has finally arrived, but not without a few heart-dropping snags along the way. Commander Lawrence (Bradley Whitford), who has been using his position of power to aid June in getting the children out of Gilead, has a moment of falter when he suggests they call off the plan.

Fans are satisfied when June tells him he’s not the one in charge anymore.

June goes forward with the plan with a team of dedicated Marthas at her side. The children make it through, leaving June behind and injured.

Meanwhile, Serena and Fred Waterford (Yvonne Strahovski and Joseph Fiennes) are still being held in a lush Canadian prison after being lured to Canada for their arrest in a previous episode.

Fans were concerned at the last episode’s end that Serena would get out scot-free having just thrown Fred under the bus. However, it seems as though Fred had some holes in her testimony to fill. The crimes that have come to light in the aftermath of Fred’s tattling lead to Serena’s satisfying stay in prison.

The episode leaves just enough questions to have viewers itching for Season 4.