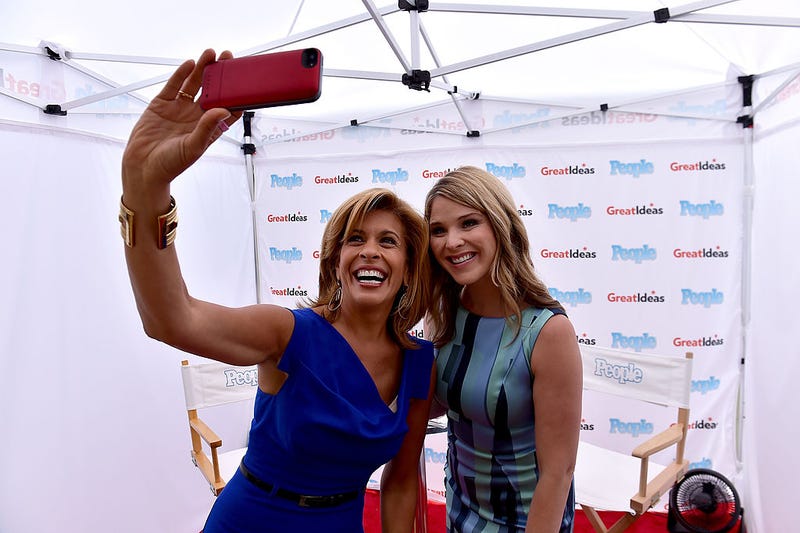 Fans will notice a new change when they watch Hoda Kotb and Jenna Bush Hager on the fourth hour of the “Today” show. The dynamic duo announced on Thursday that they will now be doing their show in front of a live studio audience, beginning in February.

We are so delighted to announce that you can come see our show LIVE in person! Here’s more info on how to see us in real life. Let’s go y’all! pic.twitter.com/oE6NWD8rlC

The live shows will be called “Hoda & Jenna & Friends.”

Tapings of “Today” with Hoda & Jenna will happen in front of an audience twice a week, Variety reported. The two hosts will use Studio 6A, the studio that once housed David Letterman’s “Late Night” and Megyn Kelly’s “Megyn Kelly Today.”

“The ladies having an audience will make them better at what they do,” executive producer, Joanna LaMarca told Variety. “There’s a certain energy when you perform on stage, when you have people react to what you are doing.”

Having a live audience will allow for new interactive segments that involve games or instant reactions. “I think that the audience is really going to change things up and I can’t wait for Hoda and Jenna to get to meet the best friends they don’t know they have," the statement concluded.

Producers of the show reported that since Kotb and Hager reunited on-air in November, ratings have increased. Variety reported that Nielsen found that the fourth hour has seen viewers between 25 and 54 rise 14%. The show has also seen an overall hike of 11% since Nov. 11 of last year.

Already on the “Today” Show website, tickets are sold out every Thursday from Feb 6. to April 9.