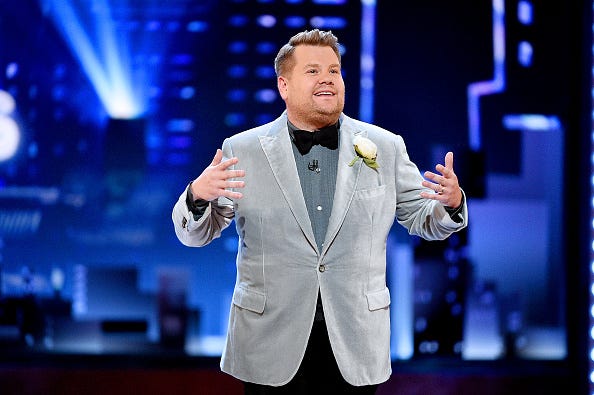 We’ve got a few more years of James Corden to look forward to! He’s just signed a deal with CBS which will have him hosting “The Late Late Show” through 2022.

While his previous contract was set to expire this season, Corden swooped in with his pen to sign a better, longer deal with the broadcasting company to secure his late night show for two and a half more years, Variety reports.

While no exact numbers have been confirmed, it’s believed that Corden’s salary has made a jump in accordance with the success of the show since starting.

It’s a big year for Corden, who has received the most Emmy nominations for any individual performer this cycle, securing seven total noms.

Corden’s show is rife with viral and meme-worthy moments, from segments like “Carpool Karaoke” to “Spill Your Guts or Fill Your Guts,” which is probably what lands him top ranking spots for the series.

CBS chief creative officer David Nevins spoke to Corden’s talents. “James Corden has burned his way to the top of American television with a daring, energetic, and inventive broadcast that stands out in the late night space,” he said.

As for future Corden projects? He’s currently working on a reboot of his claim to fame, the sitcom “Gavin and Stacey.” He starred in the show from 2007 to 2010 for BBC.

Ruth Jones and I have been keeping this secret for a while... We’re excited to share it with you. See you on Christmas Day @BBCOne #GavinandStacey