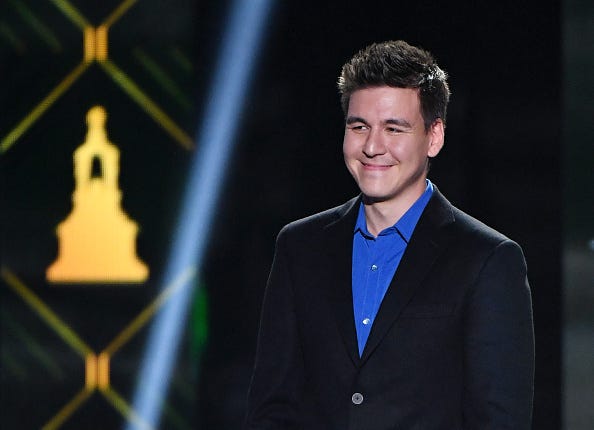 James Holzhauer is back on top of the “Jeopardy!” world.

The 35-year-old Las Vegas sports bettor, who took the nation by storm with his 32-game winning streak on the game show earlier this year, won the Tournament of Champions on Friday, defeating Emma Boettcher — the contestant who ended his prolific run — to claim the title.

The two-day finals began on Thursday, where Holzhauer gave himself a $22,936 lead heading into the Friday’s match.

Boettcher rallied on Friday, though, forcing the championship crown to be decided in Final Jeopardy.

The category was International Disputes, and the clue was “A dispute over Etorofu, Habomai, Kunashiri & Shikotan has kept these two countries from ever signing a WWII peace treaty.”

“I had to get Final [Jeoaprdy] right to avoid a last-second defeat,” Holzhauer told ESPN. “Luckily, it was a question about Japan, and my Granny can rest easy knowing that I haven’t forgotten my heritage.”

It sounds like Holzhauer is not finished there, either.

“I strongly suspect this was not my lat appearance on ‘Jeopardy!’” he added. “Stay tuned!”