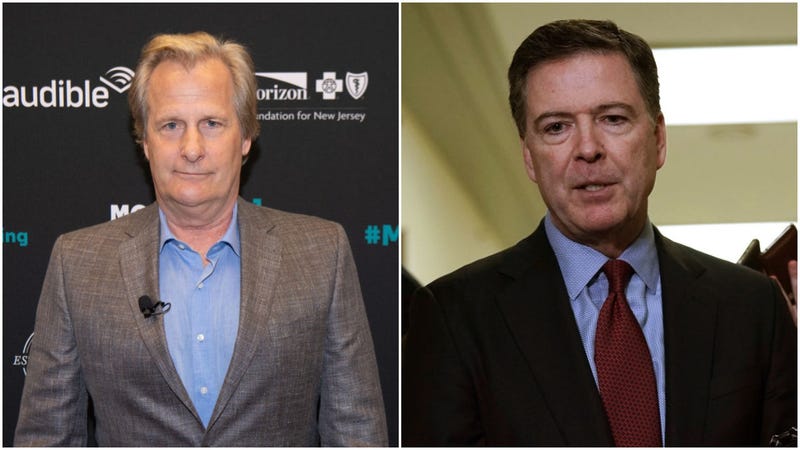 Jeff Daniels has been confirmed to play James Comey in an upcoming miniseries based on the former FBI director’s memoir "A Higher Loyalty."

CBS Studios announced on Monday that they will produce the four-hour miniseries, CNN reports.

The project will be written and directed by Billy Ray, who wrote the Tom Hanks film "Captain Phillips" and the upcoming Clint Eastwood movie "Richard Jewell."

The screenwriter said that Daniels is "perfect for this part."

"We talked backstage after I saw him in 'To Kill a Mockingbird' on Broadway, and I knew I was looking at the only person who could play Jim Comey," Ray said of Daniels in a statement. "Lucky for me, he said yes."

Daniels is an Emmy winner for his roles in "The Newsroom" and Netflix’s "Godless."

Gleeson is best known for his role as Alastor "Mad-Eye" Moody in the "Harry Potter" films and currently stars in Audience Network’s "Mr. Mercedes."

"It's hard to imagine a bigger acting challenge than playing Donald Trump," Ray continued in his statement. "You have to have presence, and a singular kind of dynamism. You also have to have the courage and the will to play Trump's psychology from the inside out."

CBS Studios said that Ray researched the project for more than a year to produce a drama that is "a fair, responsible and comprehensively documented account of real-life events."

Of the screenwriter-director’s research, the studio said, "He traveled to Washington, D.C. and several other cities to meet with Comey, his family, and many other key players, including prominent journalists, FBI agents, government officials from both political parties and others."

While production is slated to begin in November, there is currently no premiere date.