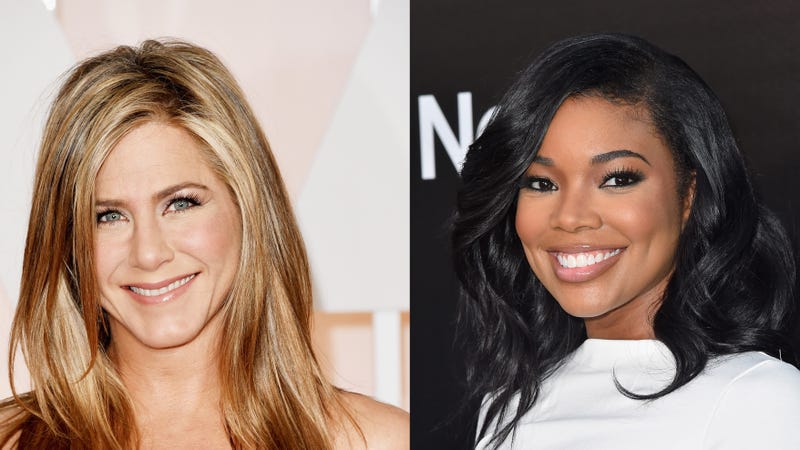 In their next edition of “Live in Front of a Studio Audience,” ABC has lined up an all-star cast to play out fun, on-the-fly reenactments of two of the most beloved sitcoms of the 1980s – “The Facts of Life” and “Diff’rent Strokes.”

And just announced Monday night during “Jimmy Kimmel Live,” the cast for “The Facts of Life” will include Jennifer Aniston as Blair, Gabrielle Union as Tootie, Allison Tolman as Natalie, and Kathryn Hahn as Jo.

“I cannot imagine a better group than Jennifer Aniston, Allison Tolman, Gabrielle Union, Kathryn Hahn, and Ann Dowd,” said Kimmel, “and I can’t wait to do their hair.”

The story connection between the shows is that the character of Edna Garrett was the maid/defacto mother for the kids in the “Diff’rent Strokes” household; and then left to be the housemother of the dormitory at a private all-girls school that was the center of the spinoff “The Facts of Life.”

Originally the brainchild of executive producer Jimmy Kimmel, the special’s title is not only a direct reference to the familiar opening declaration of many ‘70s/’80s sitcoms, but this new format is actually live.

Those old sitcoms were indeed filmed live, but since they were being taped, they could yell “cut” and do a scene again if need be. These “Live from in Front of a Studio Audience” specials keep the cameras rolling live, which guarantees some funny flubs.

The first “Live in Front of a Studio Audience,” premiered in spring 2019, featured re-creations of “All in the Family” and “The Jeffersons,” and averaged 13 million viewers. The second featured “All in the Family” and “Good Times” in winter 2019, which averaged nearly 8 million total viewers. Both installments won Emmy Awards in the Outstanding Variety Special (Live) category.

This latest “Live in Front of…” was delayed due to COVID-19.

These specials are co-produced by Kimmel’s pal and fellow Gen-X nostalgia miner, Will Ferrell -- via his Gary Sanchez Productions – and Norman Lear’s Act III Communications.

Lear was the original producer of some of the most beloved sitcoms of all time, including “The Facts of Life “and “Diff’rent Strokes.”

“Live in Front of a Studio Audience” will air live Tuesday, December 7 at 8 p.m. ET on ABC.