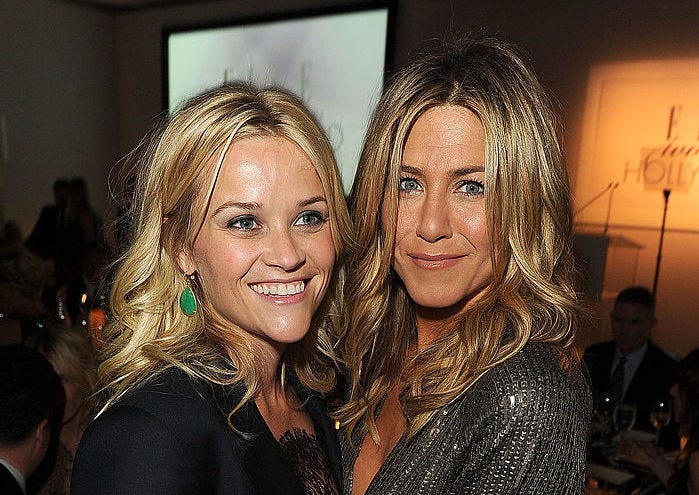 For someone who joined Instagram less than two weeks ago, Jennifer Aniston is proving to be a social media expert.

The 50-year-old owned Throwback Thursday after sharing a moment from a classic Friends episode which co-starred Reese Witherspoon, according to The Daily Mail.

The clip is from the episode entitled “The One With Rachel’s Sister,” which originally aired in 2000 and featured Witherspoon as Jill, the spoiled younger sister of Aniston’s character, Rachel Green.

In the scene, the two get into a fight after Jill goes on a date with Ross (David Schwimmer).

“My pain in the ass little burst of sunshine sister and I are working together again,” Aniston captioned the video. “ But this time, we’ll be much kinder to one another.”

Her humorous comment was in reference to The Morning Show, the new series Aniston and Witherspoon are co-starring in for Apple TV+.

And so as not to give away too much about their latest collaboration, Aniston added, “(Hmm, then again, we’ll just have to wait and see about that…).”

The clip has already been viewed over 6 million times and has over 14K comments. Not bad for someone who has only shared five posts since joining Instagram on October 15th.

Although she may be late to the social media party, the “Murder Mystery” actress revealed her reservations for getting on the like-and-follow bandwagon.

“The thing I don’t want to do, which was always a hesitation for me in the beginning, is be consumed by it,” she told the LA Times. “I don’t want to become distracted like that.”  Good luck with that!

While fans wait for Aniston’s next social media post to drop, they can catch her on The Morning Show beginning November 1st on Apple TV+.