Khloé Kardashian and Tristan Thompson are leaving the past behind.

The co-parents joked about the cheating scandal that led to their breakup during Thursday’s episode of “Keeping Up With the Kardashians.”

During the episode, the 36-year-old reality star was grateful that the NBA star stepped up to take care of their 2-year-old daughter, True, while she was in quarantine after contracting COVID-19.

“I’m so thankful that Tristan’s been here to help me take care of True, and then he’ll make me some food and leave it outside my door,” she said during the episode. “Even though we’re not together, we’re just really good friends, and I’m really, really grateful for that.”

The designer revealed that she decorated a pillow to keep herself company during the quarantine, which she named “Quarantina.”

And then she wasted no time using it to make a joke about Tristan’s infidelity.

“This is Tina. I know how much you like other women, so …” she told Thompson while Facetiming.

Kardashian took another jab in a separate scene when her ex asked her to put on glasses. 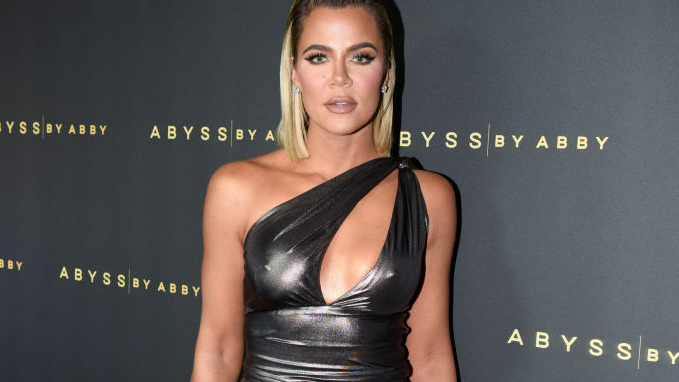 “Aw, you look like the smart girl I’m going to cheat off on the test,” he commented.

Kardashian swiftly responded,  “Thank God you said, ‘On a test.’”

The pair welcomed True in April 2018, a few days after Tristan was spotted cheating on Kardashian with multiple women.

Though Kardashian forgave him, the two split a year later after he was spotted getting cozy with Kylie Jenner’s former best friend, Jordyn Woods.

US Weekly notes that sources reported the couple decided to give it another shot in August.

Since then, they’ve been spotted attending several events together Fourth of July, Halloween (where they donned a couple’s costumes), and Kim Kardashian’s controversial 40th birthday.